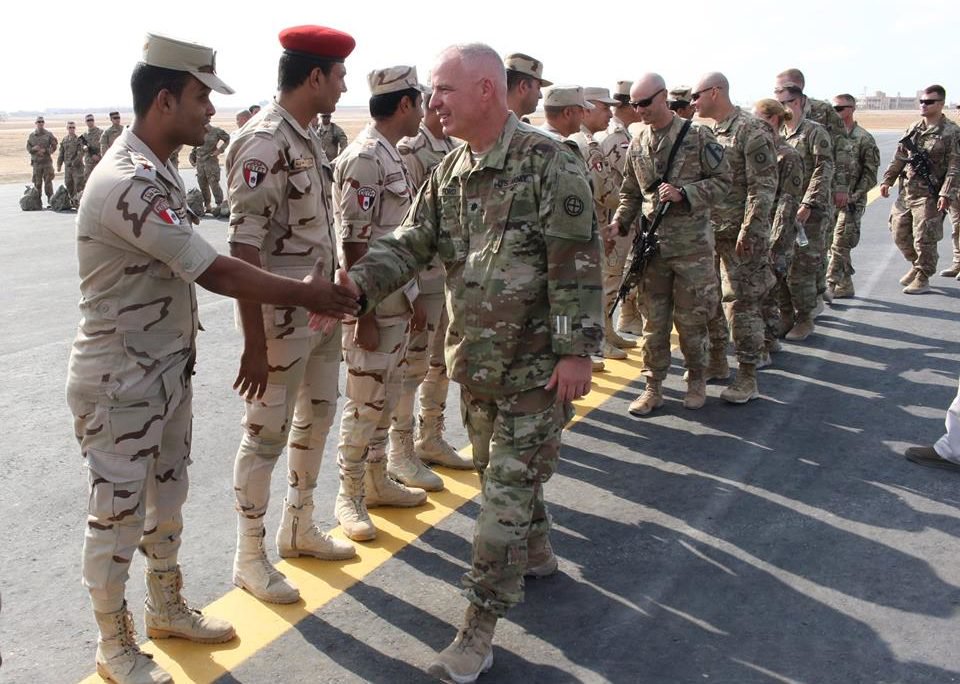 Joseph Votel, U.S chief of the Central Command (CENTCOM) has stressed that military-to-military exercises strengthen relations between Cairo and Washington. “Egypt is one of our most vital partners in the region,” stated General Votel.

Votel was in Egypt for a couple of days to observe joint training exercises between U.S military forces and the Egyptian armed forces under the umbrella of the Bright Star 2018 exercises at Mohamed Naguib Military Base.

The U.S chief stated that during his visit he met with senior Egyptian leaders to “explore ways to enhance the strategic security relationship between Egypt and the United States, a historic partnership which plays a leading role in counterterrorism and regional security.” He pointed out that around 800 U.S military service members participated in the Bright Star exercises for the second consecutive year since their reactivation.

The focus this year is on regional security and cooperation, and promoting interoperability in irregular warfare scenarios. “The Bright Star 2018 exercise promotes our vision of a more stable and prosperous region with increasingly effective governance, improved security, and trans-regional cooperation. CENTCOM sees this expanded joint exercise as vital to securing American and Egyptian interests.”  “As a partner with Egypt, the United States remains committed to supporting the Egyptian government and people through diplomatic, economic, social and security cooperation.”

The Trump administration decided late July to unfreeze $195 million in military aid to Egypt it had previously withheld for a year. The $195 million in aid was part of the US government’s 2016 fiscal year budget. The funds are intended for Egypt to buy U.S-made military equipment.