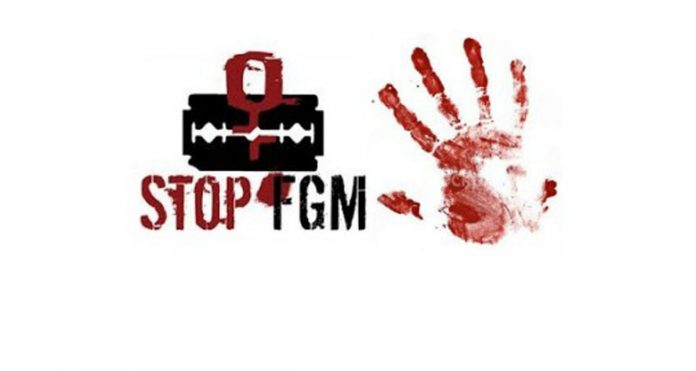 As the world marks the World’s Female Genital Mutilation day, Doctors at two Cairo hospitals will pin blue ribbon badges to the clothing of newborn baby girls today as they launch a campaign to persuade parents in Egypt to “say no to female genital mutilation”.

Parents will receive the badges – which resemble the Arabic word “no” and look like an upside down version of awareness ribbons for HIV/AIDS and breast cancer – after signing a pledge that they will not have their daughters cut. Activists hope more hospitals will join the campaign, which launches on International Day of Zero Tolerance for FGM.

FGM was banned in Egypt in 2008 and criminalized in 2016. It is often done by traditional cutters with sterilized blades. Global anti-FGM group 28 Too Many, which is working with the Egyptian hospitals, said the “medicalization of FGM” was hindering efforts to end the practice.

FGM can cause a host of serious health problems including infections and infertility. There has been mounting concern over the practice in Egypt following the deaths of several girls during botched procedures.

Amel Fahmy, Director of Women’s Advocacy group Tadwein which is backing the campaign, said doctors were ideally placed to spread awareness of FGM.

“We can’t be shy about this. It’s time to talk about this as a harmful practice, and for doctors to tell parents you shouldn’t do this to your daughter,” she said.