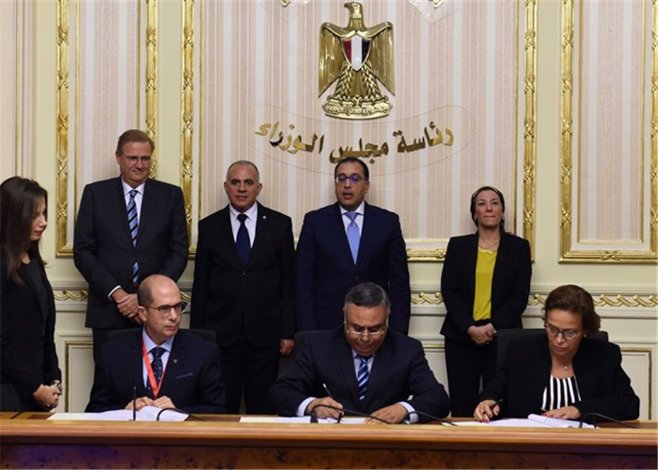 Egypt signed with the United Nations Development Program (UNDP) a project to support adaptation to climate change in the North Coast and Nile Delta regions.

At a press conference following the signing ceremony, Abdel Aati said the project’s grant will be funded by the Green Climate Fund with a sum of $31.5 million to carry out protection works in the North Delta governorates.

He said this grant is the biggest of its kind to be received by Egypt in the field of climate change adaptation.

He added that the project aims at limiting the impact of coastal floods in five governorates including Port Said, Damietta, Daqahliya, Kafr el-Sheikh and Beheira, as a result of the rise in sea levels.

Meanwhile, Abul Hassan said that adapting to the increasing risks of climate change is on top of priorities of the UNDP in developing countries.

She also said the project comes in implementation of a successful partnership between the Ministry of Water Resources and the UNDP in its first phase. The project’s activities are set to start by the end of the year, she added.