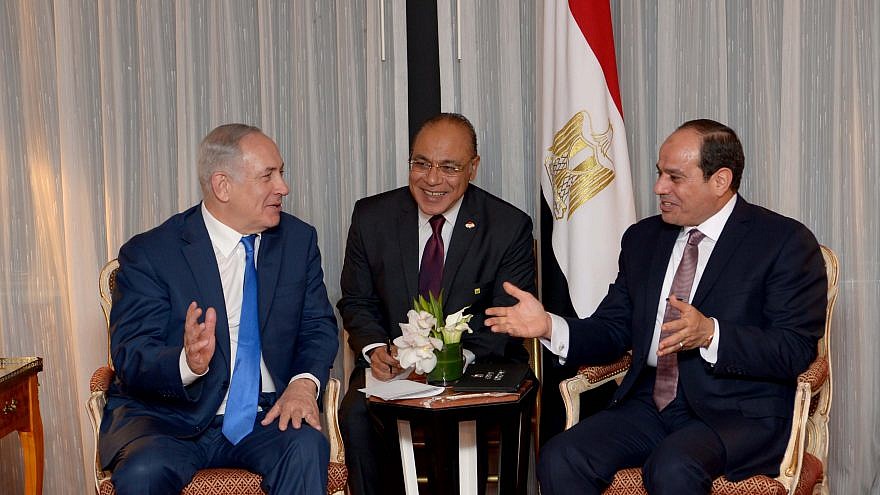 Egypt’s President Abdel Fattah El-Sisi met Sunday with President of the European Council Donald Tusk and Austrian Chancellor of Sebastian Kurz, in the presence of Minister of Foreign Affairs Sameh Shoukry and Head of the General Intelligence Directorate Abbas Kamel.

Meanwhile, Tusk and Kurz showed keenness on continuing intensive coordination and consultation with Egypt on all issues of common concern and enhancing bilateral cooperation at all levels due to Egypt’s regional status, Rady added.

They touched on the outcomes of the Informal Summit of EU Heads of State or Government in Salzburg, Austria on September 19 and 20, the spokesman noted.

The meeting took up Arab-European coordination in face of common and regional challenges and threats in addition to the current arrangements for holding an Arab-EU summit within the coming period for boosting bilateral cooperation.

Both sides agreed on reaching political solutions to the regional crises in a way maintaining the national institutions, stability and unity of the war-torn countries, Rady underlined.