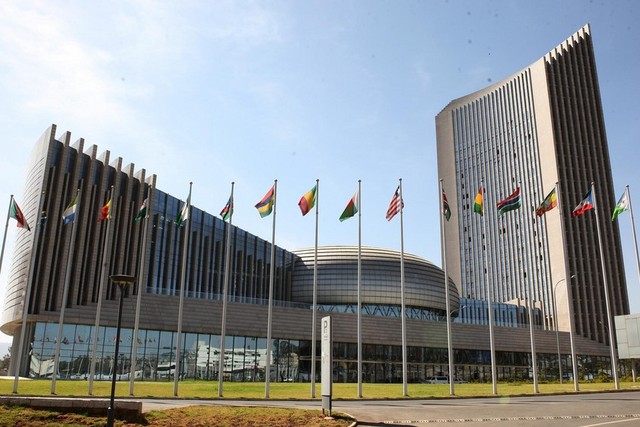 Eradicating extreme poverty for all people everywhere by 2030 is the first goal among the UN Sustainable Development Goals (SDGs) expected to guide the post-2015 development agenda. In our recent Working Paper issued by the African Development Bank, we summarized key studies on eliminating poverty globally and examined the feasibility of this goal for Sub-Saharan Africa (SSA). We found that while extreme poverty in SSA is unlikely to be eradicated by 2030, it could be reduced to very low levels. A ‘best case’ scenario, assuming accelerated growth and redistribution from the richest 10 to poorest 40 percent of the population, could bring the poverty rate down to around 10 percent of SSA population by 2030.

Given Africa’s potential and track record, its poverty eradication agenda under the SDGs will likely focus on creating prosperity and reducing inequality. Experience of other regions indicates that maintaining and even accelerating growth should remain a priority for the poverty reduction agenda (Dollar et al., 2013). Sustained poverty reduction will require growth that is not only high but of higher quality, namely inclusive and green, as emphasized in the Ten-Year Strategy of the African Development Bank (AfDB, 2013). Inclusive growth will benefit the entire population, including the poorest. Green growth will leverage SSA’s natural resources and improve adaptation to climate change, which otherwise would most severely impact the poorest.

The question is then which policies can produce such growth and improve SSA’s poverty outcomes? African countries need to find their path, depending on their circumstances and priorities. Below, we discuss some of the national and regional policies that they could consider.

According to Rodrik (2015), two dynamics tend to drive growth: fundamental capabilities and structural transformation. Industrial policy –prioritization of high potential sectors with proper incentives – is instrumental for structural transformation in SSA. Policies of successful countries share some common features, namely a stable but flexible macroeconomic framework; incentives for restructuring, diversification and mobility; investment in physical and human capital as well as technology adoption; and strong institutions. Working from that foundation, country-specific circumstances can then determine which areas to prioritize.

Macroeconomic policies can help facilitate high, stable and balanced growth. The global financial crisis illustrated the importance of financial flexibility. To engineer effective fiscal policy requires governments to have the capacity to implement discretionary counter-cyclical measures to protect growth during recessions. Going forward, SSA will need to accumulate sufficient reserves during the booms to cushion the downturns. Resource-rich countries, in particular, can benefit from fiscal rules that would encourage them to save windfall revenues when commodity prices are high. Fiscal policies should be complemented by credible but flexible monetary policy frameworks. The flexible inflation targeting frameworks are not unique to SSA; in fact, all inflation-targeting countries, including the advanced economies with quantitative easing measures, have been targeting inflation while accommodating real shocks.

Structural reforms are, of course, critical for both inclusive and green growth. It is well known that the lack of efficient infrastructure in terms of access and quality hampers Africa’s competitiveness and productivity, reaching development goals, and participation in the global economy. Well-known estimates point out that in SSA, real GDP growth could increase by1- 2 percentage points a year if the region’s sizeable infrastructure gap (about $50 billion a year) was closed. Infrastructure also promotes human development by improving citizens’ access to social services and fostering more inclusive societies.

Besides infrastructure, what measures can support structural transformation, by which we mean a shift to more productive activities? On the supply side of the labour market, the policies could aim at raising access to and quality of education and health services. This would enhance the quality of human capital, productivity and well-being. On the demand side of the labour market, private sector development is critical. Together with efficient and effective social protection, it could go a long way towards improving Africa’s labour market outcomes.

Structural transformation can drive a reduction in inequality and poverty. The sources of growth clearly matter for poverty reduction and inclusion: new jobs need to be created in productive and employment-intensive sectors. In particular, based on lessons from Latin American and other countries successful in reducing poverty, growth needs to generate productive jobs for large segments of the population. The lessons from China suggest that to reduce poverty, African countries should focus on raising the productivity of agriculture, which in turn facilitates structural transformation, as manufacturing absorbs workers from rural areas. Equally important, Brazil has shown that the government can help reduce poverty through well-designed redistributive programs and social protection, so far missing in most of Africa.

Regional integration has gained momentum recently in several regional economic communities (RECs), as evidenced by increased intra-regional trade and flows of foreign direct investment, as well as announcements aiming to formalize the relations and bring them to higher levels. Successful regional integration would indeed allow countries to draw on their comparative advantages, leading to higher efficiency and growth as well as integration to global value chains, and reduced ‘among countries’ inequality. It would also provide platforms for collective insurance (for example, against food insecurity) and facilitate regional solutions to collective challenges such as climate change.

Despite these payoffs, regional integration, in particular establishments of monetary unions should not be rushed, as the experience of the Eurozone indicates. Structural reforms must successfully address infrastructure gaps, harmonize macroeconomic outcomes, and synchronize business cycles before further monetary integration can occur among African RECs. Regional strategies should initially focus on developing areas of industrial complementarity to raise countries’ capacity to trade, supported by building regional infrastructure to facilitate the movement of products, services, capital and, last but not least, people.

In the literature on growth and poverty reduction, policy recommendations typically focus on actions, either individual or collective, of African countries. Less attention is being paid to the role that global governance should play.

How are then influential institutions such as the G20 faring on supporting inclusive and green growth, and hence poverty reduction, in Africa? Following the Seoul Consensus on Development in 2010, the G20 placed development and low-income countries once again at the centre of its post-2015 agenda. Specifically, inclusive growth – or rather strong, sustainable, balanced and inclusive growth –has been a key objective of the G20 for some time. However, green growth is not among the key priorities of the year and gradually faded from the agenda already in 2013 and 2014. Lastly, the G20 group could also better link various development priorities (e.g. agricultural productivity with infrastructure, etc.) rather than treating them as separate issues.

Another related issue is Africa’s representation at the global economic forums such as the G20. Voices of SSA countries are often not heard on issues that impact them, reflecting their limited representation in the key global bodies. This can be addressed only through reforms of the governance structures. In other words, Africa needs to be well represented, as an equal partner, in the key policy and global decision-making structures. Only a global partnership with strong African representation can tackle challenges as important as eliminating the region’s extreme poverty.