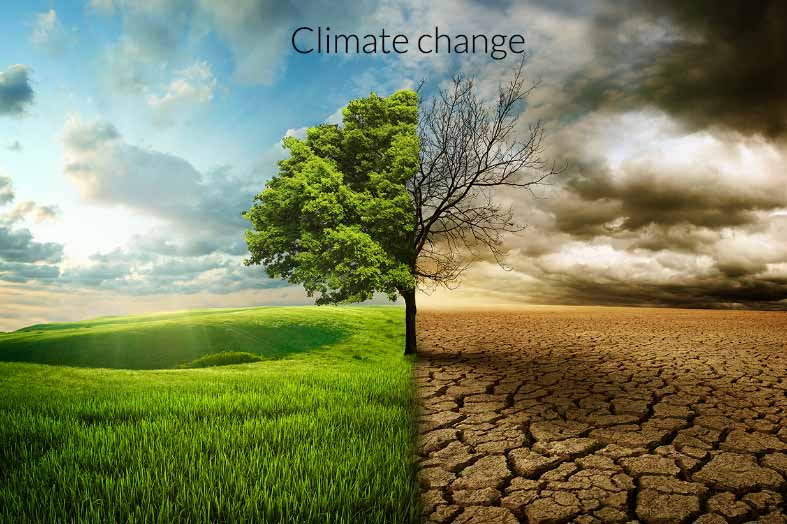 By Seble Samuel – Special to Fortune

Over 190 countries gathered in Marrakech, Morocco, from November 7-18 to participate in the United Nations international climate change negotiations. The climate talks aimed to concretize the Paris Agreement – an international accord to reduce global warming – and solidify the mechanisms to ensure national climate commitments could be tracked and scaled up.

During the fortnight of climate negotiations, Ethiopia was tapped for the Chairmanship of the Least Developed Countries (LDC) Group of the United Nations Framework Convention on Climate Change (UNFCCC). Gebru Jembar Endalew, of the Green Growth Initiative at Ethiopia’s Ministry of Environment, Forests and Climate Change, and Head of the Ethiopian Delegation, will serve as the incoming Chair of the LDC Group for the next two year.

The LDC Group is comprised of 48 countries that are extremely vulnerable to climate change but are least responsible for its cause. The primary goals of the LDC Group are twofold: to demand rich nations put forth ambitious emissions reductions, given their historic responsibility and capacity to address current climate challenges; and to take on a leadership role in the international movement to limit and overcome climate change.

At a press conference at the climate negotiations in Marrakech, the LDC Group announced the launch of the Renewable Energy and Energy Efficiency Initiative (REEEI) for Sustainable Development. “The initiative will have a two-pronged approach,” said Tosi Mpana-Mpana, outgoing Chair of the LDC Group from the Democratic Republic of the Congo. “We will strengthen the capacity of LDCs to take advantage of existing initiatives such as the African Renewable Energy Initiative, and we will provide support to those that fall between the cracks of existing frameworks.”

Across the world, 1.3 billion people currently lack access to adequate energy, most of which are located in the poorest nations. As an important outcome of the Marrakech climate negotiations, REEEI will aim to support LDCs leapfrog past fossil fuel based energy systems to renewable energy.

Important challenges to overcome in this process include increasing climate resilience, and accessing both technology infrastructure and financial resources. Energy finance has been largely directed to large scale projects and decentralised renewable energy systems are severely lacking funding. Of the 24 billion dollars needed for decentralised energy projects, only 51 million dollar has been allocated. A phase-out of fossil fuel subsidies will also be necessary in the transition to renewable energy.

“We cannot [limit warming to] 1.5C or 2C without massive action in all countries. Moving towards renewable energy globally is an essential priority and must happen in a very short timeframe,” said Endalew. “Ethiopia stands ready to continue driving this initiative forward.”

In addition to the LDC Group, Ethiopia presides over the Climate Vulnerable Forum (CVF), an international South-South partnership of countries that are extremely vulnerable to climate change. The CVF serves as an advocacy and cooperation platform to raise awareness and build alliances to tackle global warming. “We advocate that average rising temperature should remain below 1.5C, because if it exceeds 1.5C it will greatly endanger many of the countries which are members of CVF,” said Mulugeta Mengist Ayalew, Director of Climate Change Affairs in the Office of the Prime Minister.

Ethiopia currently aims to limit national emissions by 64pc by 2030 compared to business-as-usual scenarios. The Climate Resilient Green Economy (CRGE) Strategy has called for 7.5 billion dollars in climate finance, both domestic and international, in order to adequately respond to climate change. At present, Ethiopia’s national climate budget is estimated at roughly 440 million dollars per year, with tens of millions in investments from international sources per year, leaving a substantial gap in climate finance.

Challenges have arisen in terms of finance accessibility given the stringent investment criteria that requires data such as technical and financial feasibility studies, specific baselines and projections of outcomes, as well as co-benefit assessments, that are very challenging to acquire in the context of LDCs.

The REEEI is therefore emerging as an additional opportunity to create synergies and ensure the transfer of funds to communities that are most vulnerable to climate change and lack the resources to secure adequate resilience.

As climate effects become more severe, with impacts ravaging developing regions disproportionately, Biniam Yakob Gebreyes, Environmental Expert at the Ministry of Environment, Forests and Climate Change and National Climate Change Negotiator stresses the urgency of the matter: “rather than a luxury, this is an issue of survival.”