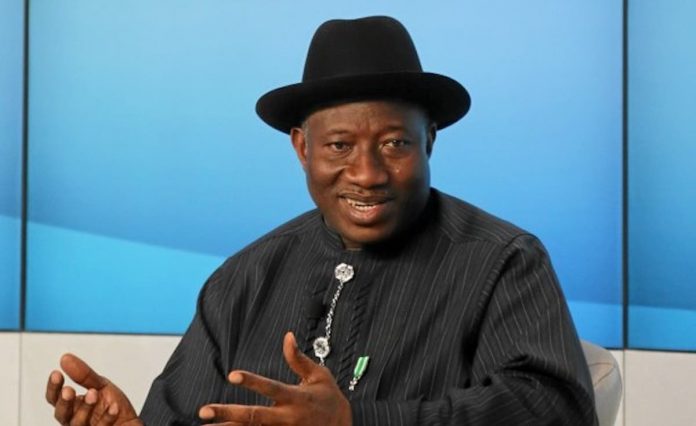 Former President Goodluck Ebele Jonathan has been appointed to the international advisory Board of the European Corporate Council on Africa and the Middle East.

By this appointment, he became the first sub-Saharan African leader to serve on the Board of the ECAM Council, a non-profit organisation established to promote and develop relations between the countries of Europe, Africa, and the Middle East and North Africa region with Italy playing a leading role.

A statement issued in Abuja on Wednesday by his spokesperson, Ikechukwu Eze, said other members of the Advisory Board were former British Prime Minister Tony Blair; former President of the European Commission, José Manuel Barroso; Secretary-General of the Gulf Cooperation Council, Nayef Falah Al-Hajraf, and Commissioner for Infrastructure and Energy at the African Union Commission, Amani Abou-Zeid.

Eze quoted the letter from the ECAM Council to the Office of Jonathan informing him of the appointment, saying, “For your information, the Chairman of ECAM Council, Dr Kamel Ghribi, is well acquainted with Dr Goodluck Ebele Jonathan. We are setting up an international advisory board for the ECAM Council. Dr Ghribi would be delighted to welcome him on board.”

According to the letter, the Council was “founded to develop realistic, effective and long-lasting solutions for more sustainable healthcare systems, focusing on the common issues affecting the Southern hemisphere.”

Eze said Jonathan would be attending this year’s ECAM Council’s high-level advisory Board meeting in Italy on May 30.

“Every year in Italy, the ECAM Council hosts a summit, in cooperation with The European House – Ambrosetti. It brings together a selected group of heads of state, government ministers, and heads of multilateral agencies and focuses on long-term investment and international partnerships in healthcare and infrastructure and the private sector’s contribution in creating strategic hubs in the African continent,” he said.