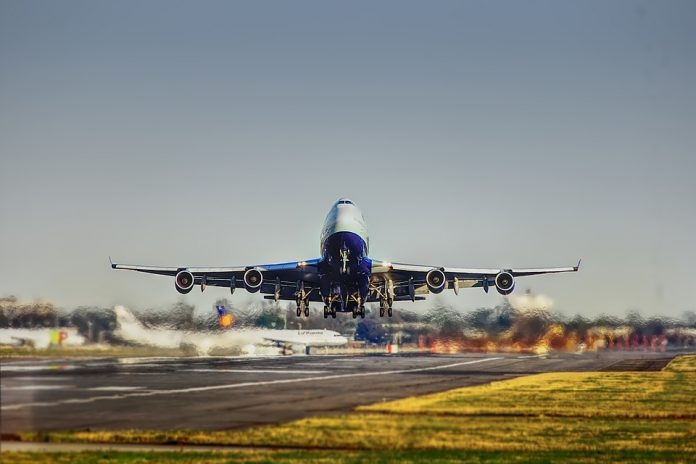 The first aircraft for the revived Uganda Airlines is expected to arrive in the country in a month’s time.

The minister for Works and Transport, Monica Azuba Ntege says that the pilots of the Bombardier CRJ900 jet were sent to Canada for training and were supposed to meet with manufacturers of the plane so as to iron out a few issues including setting the date when the first jet will be delivered.

The Bombardier CRJ-900 hit the skies for the first test flight at Montreal Mirabel international airport, Canada last week. An 8-minute video clip was uploaded on YouTube on Sunday showing the test flight. The video clip triggered excitement from Ugandans.

“That was the first flight test and they are still doing more test flights,” Azuba said. “It due to come this month or next month. We are having a meeting which will set the date when we will receive it. So anytime within a month, it will be here.”

Last year, Uganda ordered for four CRJ900 regional jets as part of the much-anticipated plan for the revival of Uganda Airlines. The revived airline will be the first carrier to operate the new CRJ-series atmosphere cabin in Africa. Atmosphere cabin design allows passengers to carry and store an “oversized” roller bag within the aircraft cabin bins which minimizes the need to check bags at the counter or the gate.

The first Bombardier was supposed to be delivered last month. But there were changes in the programme. The initial plan was that the manufacturer would be delivering a jet per month starting January. This arrangement will be followed after delivery of the first aircraft.

Annually Ugandans spent an estimated $430 million on air travel,according to President Yoweri Musevini , describing it as a “hemorrhage that must stop.”

Founded by Uganda’s former dictator Idi Amin in 1976, Uganda Airlines was liquidated in the 1990s by Museveni’s government under a broader programme to privatise troubled state firms and open up the economy to private enterprise.

In late August last year the Uganda National Airlines Company chief executive, Ephraim Bagenda revealed the carrier would fly to 19 destinations around Africa, and would add international flights by 2024.

Mr. Bagenda  underlined the airline was not planning  to “compete aggressively” with already established carriers like Kenya Airways and RwandAir, but would  instead operate a “unique” business models centered on “flight frequency” to the destinations, especially those in Africa, to win over hearts.

He added that the revived national carrier was registered as a limited liability company under a new name—Uganda National Airlines Company—as opposed to being established as a parastatal.

Previously, Uganda Airlines was part of the Uganda Development Corporation, which was supposed to be the government’s investment arm.

But the officials said UDC didn’t have the capacity to operate the revived carrier, which compelled cabinet to revive it as a limited liability company responsible for its own income, assets, debts and liabilities.

“We also didn’t want scenarios of third party management. In this case, the Uganda National Airlines Company management is only answerable to the two shareholders.”