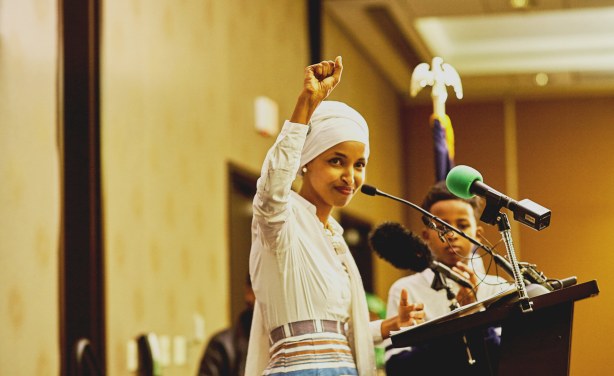 Following Hillary Clinton’s defeat, the US will have to wait longer for a woman president, but for a young newly-elected state representative of Somali origin, the future starts now.

Hillary Clinton failed to make history when her bid to become the first US female president was shattered by Donald Trump. Nevertheless, history was still made in the Clinton camp when Minnesota elected the country’s first Somali American legislator for the Democrats.

Omar shed tears of joy as she delivered victory speeches in both English and Somali following her historic victory. “Tonight we made history,” Omar told her supporters. “Tonight marks the beginning of the future of our district, a new era of representation.”

Her win is the latest sign of the Somali community’s growing influence in Minnesota. The state is home to nearly a third of Somali refugees who have resettled in the United States. According to estimates, they number around 40,000. However, community workers say the figure could be higher.

Ilhan Omar’s family migrated to the US while she was still in her teens. Prior to that, she had spent four years at a refugee camp in Kenya following their escape from the civil war in Somalia. Her family moved to Arlington, Virginia, before they finally settled in Minneapolis in 1997. She was able to learn English in three years and later graduated with a degree in political science.

Omar, a longtime political and community activist, previously worked as a senior policy aide and campaign manager for Andrew Johnson who is a member of the Minneapolis City Council. She currently works as director of policy initiatives for the Women Organizing Women Network. The group counsels East African women on civic participation and leadership.

Two years ago, Omar sustained a concussion after she was badly beaten by several people during a heated caucus debate which turned violent.

A practicing Muslim who usually wears a hijab, Omar’s path to represent Minnesotans was not without obstacles. Shortly after winning the primary vote, websites belonging to conservatives began accusing her of immigration fraud. The websites alleged that her estranged husband whom she is reportedly divorcing, is in fact her brother. She denies this.

Omar’s victory is significant, especially after Republican candidate and now President-elect Donald Trump made a scathing attack on Muslim immigrants and refugees before going on to win the White House. In the final week of campaigning, the real estate billionaire blamed the Somali community for Minnesota’s travails. “Here in Minnesota, you’ve seen firsthand the problems caused with faulty refugee vetting, with very large numbers of Somali refugees coming into your state without your knowledge, without your support or approval,” Trump said during a rally near Minnesota’s International Airport.

“Some of them (are) joining ‘ISIS’ [the so-called Islamic State group] and spreading their extremist views all over our country and all over the world,” Trump added. Hillary Clinton beat Trump in Minnesota taking 47 percent of the vote. Trump managed 45.

The Cedar-Riverside neighborhood, popularly known as Little Mogadishu, is basking in her victory. Bashir Egal, a local banker, said Omar is the right person to represent them since she knows firsthand about the struggles facing the Somali community such as shelter, jobs and security challenges. “She can take that to mainstream America,” Egal said. “She’s not someone who is taking the information from a third party – she lived it.”