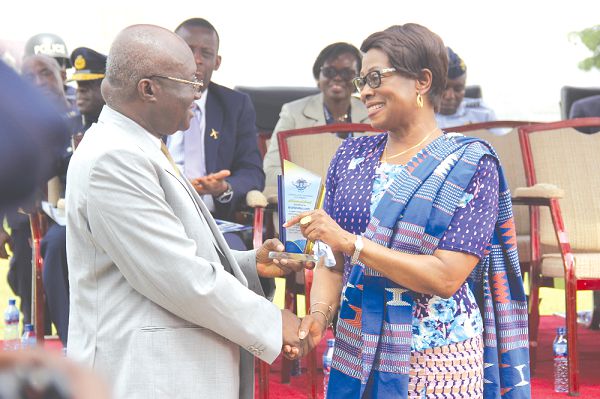 Ghana has signed a memorandum of understanding (MoU) with Ethiopian Airlines to fly the national flag in the aviation space in 2019.
The agreement, which will be finalised before the end of this year, will see the Ethiopian Airlines contributing funding, equity, aircrafts and management services which are critical areas the airlines have expertise in.

The government will receive 10 per cent of shares in the home-based carrier while the majority shares will be for Ghanaian investors.

The Minister of Aviation, Mr Joseph Kofi Adah, who announced this at the celebration of International Civil Aviation Organisation (ICAO) day in Accra last Thursday, indicated that, “Ethiopia is coming as minority shareholders with something way below 50 per cent.”

The event, held on the theme: “Working together to ensure no country is left behind,” was meant to establish and reinforce worldwide awareness of the importance of international civil aviation on social and economic development of nations.

Mr Adah said some Ghanaian investors had expressed interest in acquiring shares in the new national carrier and that, “we are currently calling back all stakeholders who expressed interest to look at the proportion they want, and that will take place this coming week.”

According to him, in the wake of the collapse of Ghana Airways and the Ghana International Airlines, it was prudent for the country to enter into strategic agreement with the Ethiopian Airlines to revive its national carrier.

The strategic partnership, he further explained, would allow aviation experts in Ghana to build their capacity till they were in a position to take over from the Ethiopian Airlines.

“The call by the President is being heeded to and as we speak we are on our way to setting up the home-based carrier and we are hopeful that by early next year, the national flag will be flown first in the region and subsequently globally,” the minister added.

The Chief Justice, Ms Sophia Akuffo, said as an investment-hungry developing country, Ghana would need a safe, secure and efficient aviation industry as it sought to attract international capital and resources to support its quest to boost economic growth, create jobs and improve living standards.

She said this would require that GCCA play its role as a regulator in a way that attracted not only investors but also ensure that the authority lived by the rules by treating passengers well and also setting up measures that could successfully drive the aviation sector.

According to Ms Akuffo, the Judiciary was ready to support and complement the efforts of GCCA to realise their objectives, adding that, “as partners in development, the judiciary is determined to play its role efficiently.”

Earlier, the Director General of the GCAA, Mr Simon Allotey, said as an industry regulator, the GCAA placed premium on the safety and quality services in the country’s aviation industry.

In that regard he expressed the commitment of the GCAA to monitor operators’ activities to ensure that safety was not compromised in both the domestic and international airlines activities.