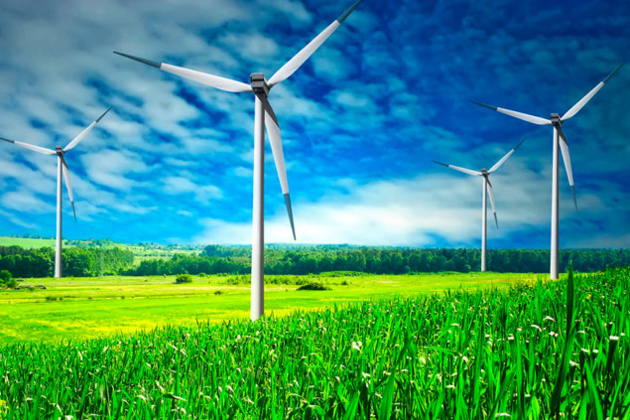 Although the level of COVID-19 devastation is still unravelling, there is no doubt that it has caused the deepest global recession in decades. As a result of the pandemic, developing countries and emerging markets will experience dwindling economic values which will harm overall productivity levels.

At a time when public debt remains high worldwide, economic growth is stalling as demographic changes, and technological advancement reshapes the global economy to adapt to ‘the new normal’. Therefore, opportunities for a sustainable economy that will, in turn, create job opportunities, provide quality education and basic amenities are dependent on the decisions of the African leaders as they respond to these evolving changes.

In light of these unprecedented changes, a more in-depth analysis of the development opportunities or challenges it poses for the region reveals the urgency of African countries to shift to more sustainable policies that can sustain an economy in the long term-opportunities such as low carbon economies.

With an average growth rate of 5.1 per cent, between 2002 – 2011, African countries have experienced growth at a fast pace. According to the African Development Bank, the continent’s growth this year is projected to accelerate to 4% and 4.1% in 2020. Since 2005, 20 countries in Africa are now among the top 50 most-improved world economies in business regulatory efficiency. By 2050, the African population is projected to reach 2.4 billion, and by 2030, urban populations will increase by an additional 350 million people.

Despite the pace by which the African continent is changing, the continent still faces some challenges as its economic growth is yet to progress on an inclusive path that creates sustainable jobs to make an impact on poverty alleviation and the recent effects of the pandemic further aggravates these challenges.

Africa, as a whole, has abundant natural resources. Still, much of its economic growth, livelihoods, youth employment, poverty reduction efforts are currently dependent on commodity exports which are leading to de-industrialization and a narrowed outcome of production. Most of Africa’s economy can be characterized as underdeveloped as a result of this undiversified production systems. For this reason, the transformation to green industrialized economy must be accelerated, so that economies on the continent will be more diversified.

The Economic Report on Africa 2016: Greening Africa’s Industrialization, published by the United Nations Economic Commission for Africa (ECA) highlights that “Green industrialization is the only way for Africa…it is a precondition for sustainable and inclusive growth,”

While each African country is forging its pathway as it traces sustainable economic development paths, few African countries are putting resources into their energy framework by shifting to a green, inclusive economy, leveraging technology and industrialization to setup technologically enhanced energy generation facilities. This goes a long way to say that one particularly relevant sector of a sustainable economy is Africa’s energy sector, and many African counties are beginning to tap into its potential.

The electric power consumption per capital of the year 1990 versus 2010 survey has Africa with 525.5% for 1990 and a reduction to 502.5% for 2002, down the line to 2020.  The only foreseeable challenge is electricity, given that its shortage has posed the most glaring challenge to economic growth and industrialization within the region.

However, Africa has a vast potential for green energy generation – 325 days of intense sunlight per year, 15% of world hydropower potential (less than 10% of which is currently tapped), and significant opportunities for wind and geothermal energy. Developing these resources, especially using technology, should enable the continent to implement green initiatives for sustainable development.

Previously, sustainability had been coordinated based on environmental concerns that should have been recognized and accounted for. Presently, with the association of social, economic and environmental interests, it is easier to view sustainability in the grander scheme of stabilizing our planet as a whole.

Now more than ever African countries are faced with the urgent need to transform their economies – and the shift to renewable resources using inclusive green economies presents an opportunity for Africa to achieve the growth needed for poverty alleviation, job creation and still conserve the natural resources on which livelihood, and sustainable economies depends thus putting Africa on a sustainable economic framework.

Thankfully African leaders recognize the potential posed by the green economy and its role in achieving long term sustainable growth in Africa. In a recent economic forum in N’Djamena in Chad, Addis Ababa in Ethiopia, Abuja in Nigeria, Rabat in Morocco, even New York in the United States, and elsewhere, Africa’s experts have been expressing their support for green industrialization.

Exploiting the Impacts of Green Industrialization on Africa’s Economy

According to a publication by the United Nations, the World Bank indicates that inclusive green growth is the pathway to sustainable development.

A transition to a green economy can enable the development potential with robust and diverse economic models, enabling more excellent sustenance and stability in the long run.

For instance, in Kenya, the Green Economy Strategy and Implementation Plan became part of the medium-term plan for 2013-2017. The shift in investment to green sectors areas prompts an extra 3.1 million individuals being alleviated out of poverty by 2030

In South Africa, a new Green Economy Accord is set to create 300,000 green jobs by 2020. The list of successful examples of green investments in Africa is far greater than what is generally imagined. The potential is enormous said UN Under-Secretary-General and UNEP Executive Director Achim, Steiner

According to Mr Xavier Carim, Deputy Director-General of the Department of Trade and Industry of South Africa, the concept of “sustainable economic transformation” is a useful advance in thinking on African development. He said South Africa had developed a strategy called the New Growth Path that aims to accelerate economic progress along an inclusive path that generates sustainable, decent jobs to reduce poverty and the extreme inequalities that characterize South African society and the country’s economy. The plan focuses on long-term industrialization and aims to create 5 million jobs and to reduce unemployment from 25 % to 15% over 10 years. Specific efforts are concentrated on agro-processing, forestry, aquaculture, and other sectors that will add value to the nation’s mineral production and promote green economic growth, he said.

In the past, the resolution of some African leaders to transition to a more inclusive and greener economy has also been demonstrated with the arising of various initiatives and programs such as the Green Economy Initiative (GEI) launched by United Nations in 2008, which later evolved to an Inclusive Green Economy (IGE).

And others such as the switch to green. The SWITCH Africa Green initiative with the primary objective to turn environmental challenges into opportunities was launched in 2014 and has steered six African countries, Burkina Faso, Ghana, Kenya, Mauritius, South Africa and Uganda, towards sustainable patterns of consumption and production, while also generating economic growth.

The evaluations from the green economy assessments carried out by (UNEP) across ten African countries shows that green economy could quicken the implementation of the SDGs in Africa despite the pandemic by expanding development, creating jobs, low poverty rate, and improving the general standards of living if all.

The green assessment further analyzed economic, environmental, and social ramifications of green economies in inclusive counties. For instance, total national output development in Kenya is extended to be 12 percent higher by 2030 under a green economy situation. The examinations from Burkina Faso, Kenya, Senegal, and South Africa exhibit that green economy strategies will be a significant source of job creations.

Senegal’s expansion of solar and wind capacity is expected to create a range of 7,600 and 30,000 extra jobs by 2035. In Burkina Faso, 160 million additional jobs are expected to be created under a green Such abundance creation incorporates regular abundance too.

The global economy faces challenges in the coming years: biodiversity loss, climate change, inequality and others. These challenges can not be tackled without a sustainable economic system.

Subsequently, an Inclusive Green Economy through green industrialization is an alternate path in contrast to the present prevailing economic system, which poses environmental threats and health risks, supports inefficient utilization of resources, encourages resource and ecological scarcities and results in disparity.

At the same time, however, African countries must focus-as the rest of the world soon will have to do- on obtaining more economic growth per unit of resources used and for mitigating the environmental impacts of these resources. Environmental issues should be regarded not only as a development problem but as an opportunity and a way forward to progress both social equity and sustainability as elements of a stable and sustainable economy.

Africa’s sustainable structural transformation will also require important financial resources that Africa does not have. The continent will succeed if the international community scales up its official development assistance and foreign direct investment towards key sectors like the energy industry in Africa.

Also, The number of successful instances of inclusive green economies in Africa is far enormous than what is commonly envisioned. However, to scale-up these speculations, a sustainable policy has to be put in place, with incentives and a reasonable price framework.

By investing and conserving the continents ecological threshold, a green, inclusive economy could accord sustainable African economy and Africa could move a lot farther than other continents in terms of inclusive economic sustenance and achieving the 2030 Agenda for Sustainable Development.