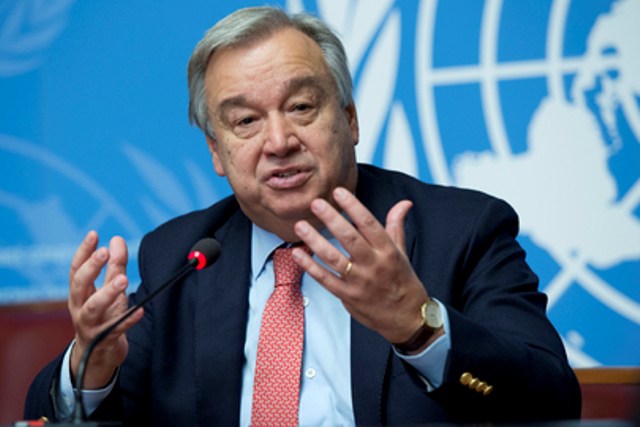 UN Secretary General Antonio Guterres will travel to Jeddah in Saudi Arabia on Sunday for the signing ceremony of an agreement between the leaders of Ethiopia and Eritrea.

Guterres will attend this important event in response to an invitation from Saudi King Salman Bin Abdulaziz Al Saud, said the deputy spokesman for the secretary general, Farhan Haq.

In addition, the head of the United Nations is expected to return to New York next Monday, he said.

On July 9, Ethiopia’s Prime Minister Abiy Ahmed Ali and Eritrea’s President Isaias Afwerki signed a Joint Declaration of Peace and Friendship, after 20 years of tensions and enmities between the two countries.

After that first step, diplomatic relations were reestablished and new agreements for the opening of diplomatic offices in their respective capitals arose, as well as for resuming air services and allowing Ethiopia to use port facilities in Eritrea.

They also recently reopened land border crossings for the first time in 20 years, which smoothes trade between the two countries.