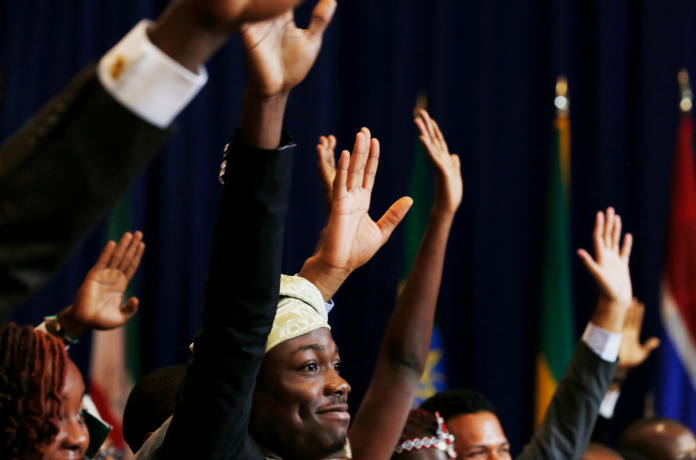 Nigeria is the most populous country in Africa with a population placed at 200 million people in 2019 and this number is expected to constantly increase in coming decades according to statistics. Simona Varella in research titled ‘Demographics of Nigeria – Statistics and Facts’, published November 3 2020 on Statista.com, estimates that by 2050 the figure of the Nigerian population could double to reach 400 million people. This can be rated on the back of the high rate of population growth experienced in the country in the last 50 years and the rapid rate of urbanization within the country with the expansion of major cities. Lagos, for instance, the largest city in Nigeria with all its hustle and its bubble has grown to be the largest city in all of sub-Saharan Africa representing a large economy with a population numbering 14 million individuals and above.

Key statistics from Worldometer, a leading website on world statistics, reveal the following:

Presently, of the population in the country, youths represent a large and viable number – with sources on Wikipedia labelling the country’s youthful population as one of the largest in the world with numbers at about 68 million. In ranking the age structure in the country in 2019, H. Plecher in a publication on Statista, notes that numbers between 14 – 18 years take up 43.69% of the overall population, 15 – 64 years take up 53.57% and from 65 years above 2.74%. With these numbers, it is possible to surmise that the future is promising for the country as it has generations lined up to take over its affairs and governance with a possible transition without gaps, yet it also makes a strong case for the low level of youth inclusion in governance within the country with political positions and key government areas still led by a much older population. Such low-level inclusion represents a discouraging edge given the teeming number of the country’s youth, more so that these are individuals with enormous potential and wide engagements. Over time, a global explosion in knowledge and social consciousness has enhanced the capacity of youths in Nigeria, however, their ability to utilize those assets effectively to drive national transformation would depend on the leadership opportunities available to them. Bringing into context the population of the country’s youth, at 68 million, it is twice the population of Ghana; more than the population of South Africa and contends with the United Kingdom. Thus, if the youth population was to constitute a nation, it would be one of the most populous countries in Africa and strong enough by sheer numerical strength. Given the foregoing and with an understanding of the enormous potential resident in such population, it is really not encouraging to see that since the nation’s return to democracy the youthful population of the country have been kept on the fringes of leadership, with an older generation leading the way since independence.

Independent research by the British Council reveals that by 2030 “Youth not oil, will be Nigeria’s greatest asset”, and this will be ascertained only through the way the country defines the youth and their place in the leadership of the nation. Effective synchronization of the government’s policies with special consideration and fundamental importance to youth political representation and inclusion will be necessary to determine the benefits to be maximized from this asset of a population. History has been kind to reveal that when given the opportunity, across different sectors, the Nigerian youth possesses the capacity to lead and with distinction. At 30 years of age, Shehu Shagari was a Federal legislator before becoming a Minister at 35. Richard Akinjide was a Minister of Education at 32. M.T Mbu was, remarkably, a Minister at 25 and a High Commissioner to the United Kingdom at 26. Yakubu Gowon became Head of State at 32. Reeling out such previous statistics can be continued as they are numerous but present times do not compare in any ramification as an overall view would be that the Nigerian Youth is seen merely as a representation of tomorrow’s leadership. Therefore, it is a relevant consideration to understand that increasing youth participation and inclusion in democratic processes presents the potential of good governance as youth representatives at all levels would serve as connectors with the generation set to take over the affairs of the nation in all strata. This is evident in the recent clamour by the youths in the country who led the ENDSARS protests as the problems identified can be tied to issues of good governance and youth inclusivity in democratic processes.

Stemming from the protests, the Baywood Foundation (BF), an NGO renowned for its youth-oriented initiatives, sought and appealed for a 30% youth inclusion in governance in order to allow for even development and avert youth restiveness in Nigeria. This is a view with roots in the past as in a paper presented by Rethink Nigeria, tagged “Position: Youth Inclusion in Governance”, the organization proposed to the National Conference the consideration and adoption of a 30% inclusion and representation of Nigerian youths in all political appointments at federal, state and local government levels irrespective of the political party in power.

It is worthy to note that the country has a healthy youth policy, which recently updated in 2019, defined youths as individuals aged between 18 – 29 years. Prior to this new policy was a categorization which according to some critics is most convenient and in due accordance with the African Youth Charter which recognizes youths as people between 15 – 35 years. Howbeit, in recognizing the need for an improvement in the inclusion of youths in governance and democratic processes, the youths themselves have not relented in their efforts, having taken measured steps by building some momentum in that direction. Evidence of this can be seen with the recent achievement of being able to have the Not Too Young to Run Bill passed into law – effectually altering the course of the country’s political landscape when it comes to participation. The intent of the movement was to reflect the changing demographics of Africa’s most populous nation and help usher in young leaders, and achieving its objective was a great step towards youth inclusion in politics and democratic processes in Nigeria.

In establishing that there is a nexus between engaging youths in democratic processes and good governance as their participation ensures and enhances such awareness, Senator Shehu Sani, a former legislator, delivering a speech as a special guest at the 9th Chief Emeka Anyaoku annual lecture series on good governance in 2019, identified certain indices upon which youths should be sensitized in determining their inclusion into democratic processes. He mentioned:

More recently, the FCT Minister of State, Dr. Ramatu Aliyu, joined the mainstream in advocating and emphasizing the need for youth inclusiveness in governance as a panacea to a better and greater Nigeria.

It is important to note the voice of the esteemed Kofi Annan, a former United Nations Secretary-General, who once said:

The assertion above represents the need to improve youth inclusion in governance and democratic processes and how to go about it. To be effective, youth inclusiveness can be determined through a dialogue with youth representatives in formal bodies such as civil societies and youth clusters. Youths have a better perspective of the problems that affect them and as such, it is necessary, to begin with integrating them into policy planning, implementation and evaluation for the policy to be a success. Doing so builds the theory that youths representation enables youths to become active members of a democratic society such as Nigeria. On the part of youths, more commitment is advised. Also, the average youth should seek to be educated and capable enough to meet up the demands of governance. Becoming proactive and also being a part of delegations to ordinary sessions or setting up sensitization campaigns are other viable means to be explored.