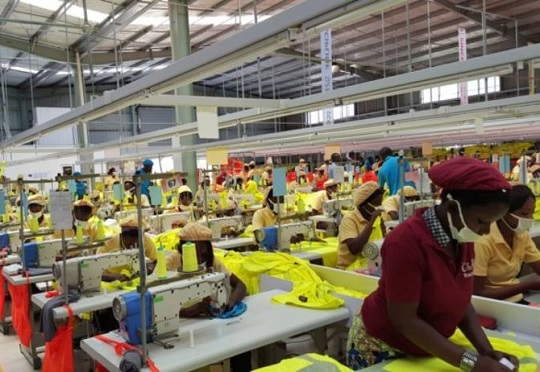 Led by Emre Alper and Laure Redifer, the IMF team spent two weeks having discussions with senior government officials including Ministers of Finance and Economic Planning, Agriculture, Trade, the Governor and Vice Governor of the National Bank of Rwanda among others.

After the review, the IMF team reached preliminary agreement with Government, subject to approval by IMF management and its Executive Board, on policies that could support the completion of the tenth and final review of Rwanda’s PSI supported program. The Executive Board is expected to consider the review in November 2018.

In a statement released at the conclusion of the PSI review, the IMF team noted that after rising to 6.1 percent in 2017, real GDP growth averaged 8.6 percent in the first half of 2018, consistent with the projected end-year growth rate of 7.2 percent in 2018.

With inflation expectations remaining close to the medium-term inflation target, the central bank kept the monetary policy stance unchanged in September, maintaining the policy rate at 5.5 percent through 2018.

The team also pointed out that the fiscal outturn in financial year 2017/2018 remained broadly in line with the revised budget. Higher capital spending was financed through drawdown of deposits of official inflows, accumulated in previous years.

These projects include improvements to rural road access, and vocational training in line with the National Strategy for Transformation. Fiscal restraint on recurrent spending and a robust revenue outturn have helped to contain the deficit.

“Rwanda’s external buffers remain strong. The authorities have undertaken policies to improve Rwanda’s competitiveness, diversify production, promote exports, and contain imports.  With export growth of 17.9 percent in the year to August 2018, and import growth of 7.4 percent, the trade balance has continued to improve. While export growth is expected to remain robust, the construction of Bugesera airport and a pickup in foreign-financed investment are expected to fuel imports, notably of capital goods, and is expected to lead to a rise in the trade deficit in 2018. Nonetheless, project disbursements and robust foreign direct investment are expected to maintain the balance of payments in surplus and support central bank reserve accumulation,” The IMF statement read in part.

“Real GDP growth is expected to remain strong, supported by continued diversification of the export base, public investment spending to crowd in private sector investment, and more resilient agriculture as a result of extensive irrigation programs. Inflation is expected to remain within the central bank’s target range. The fiscal and external positions continue to be supported by the authorities’ prudent policies including continued exchange rate flexibility,” Ms Redifer said.

The IMF team noted that the implementation of Rwanda’s PSI-supported macroeconomic program has been strong. All quantitative targets for the tenth and last review were met, and structural benchmarks are expected to be completed.

Reforms to the monetary policy framework and in the financial system have helped to contain inflation while deepening financial markets. Other structural reforms and greater exchange rate flexibility have made Rwanda more resilient to external shocks; and have enhanced Rwanda’s competitiveness.

After 5-years of strong performance, Rwanda’s PSI-supported program expires on December 1, 2018. The intention is to initiate successor program negotiations in early 2019.