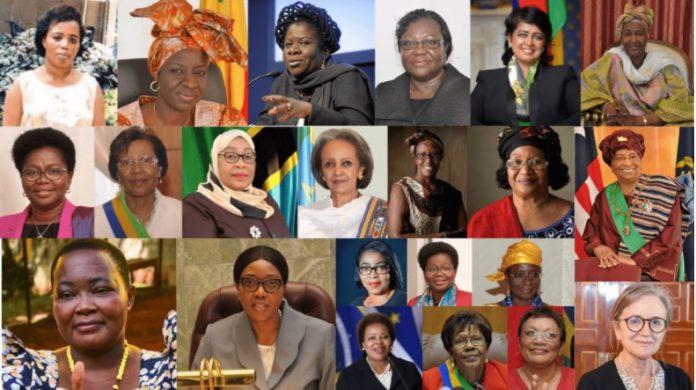 Johannesburg, South Africa, March 29, 2022 – / The role that women should play in shaping Africa’s present and future was a key theme from speakers of the Women Heads of State Initiative, co-convened by Africa.com and Coca-Cola Africa.  The event introduced the world to the 22 women who have served as president or prime minister of an African country, five of whom spoke at the event.  The virtual event comprised talks from current and former female heads of state, as well as thought leaders, who drew a picture of where African states should be focusing on if they want to move the continent forward.

Pushing for equity in women’s leadership in government

Liberia’s former president Ellen Johnson Sirleaf was one of the notable leaders at the event. Her take on the legacy she built in her country, at a time when women in African politics were still a novel idea, brought the audience into some of her decision makings when at the helm. On her reflections of the role that the female electorate plays in shaping discourse and policy, she said, “women’s leadership and decision-makers must come from the people who are affected by those policies. It should be women at the bottom who dictate those policies.” Former Malawi President Joyce Banda praised Africa for championing women decision-makers in the highest spheres of government. In her remarks she said Africa had a good story to tell in key priority areas, such as reducing maternal mortality, bringing more girls into the schooling system and setting up initiatives that identify women leaders in the executive, judicial and legislative sectors of African countries. However, she noted that keeping women in these roles has been the challenge that the continent needs to resolve.

A platform for sharing lessons about the continent’s advancement

Namibian Prime Minister Saara Kuungonelwa-Amadilha’s session looked at how creating robust government policies to harness the continent’s natural resources would be the driver for economic change, among women and youth. “To realise these benefits, we need to optimize the management of our natural resources through effective governance, promote skills amongst our young people, for them to drive the development and participate in harnessing the natural resources that we have and also benefit from them, as well as to promote the industrialization through value addition of our natural resources,” she said.

One of the threads that ran through each speaker’s session was how Africa’s growth prospects could not be achieved if women remained at the bottom of the food chain. Former President of Mauritius, Ameenah Gurib-Fakim looked at the role that the youth and particularly young women can play in agribusiness. She said the stereotypical image of women carrying children on their backs and toiling the land could be replaced with women as drivers of agribusiness if technology and technical transfer of skills were done properly. She said Africa has the potential to become the breadbasket of the world if the continent’s traditional foodstuffs, such as teff and sorghum (all dubbed superfoods by nutritionists) were properly farmed to alleviate chronic hunger and poverty in many rural communities across the continent. By taking full advantage of the African Continental Free Trade Area policies, agribusinesses would be able to provide sustainable incomes for communities and unlock other sectors in the value chain. An initiative that has taken shape in Malawi through Banda’s grassroots initiative of helping women tap into the economic benefits of farming chilli peppers, by getting the right price for their products and developing sustainable agribusinesses. “As former presidents once we have left office, we need to still be hands-on with the people to transform their lives and realise their full potential, “she said.

The event also paid tribute to 22 African women heads of state who held the position of president or prime minister since 1970 in a short documentary released for the first time at the Summit.  Africa.com defines Women Heads of State as women who have served as president or prime minister, including Heads of State and Heads of Government.  Women must have been elected or appointed since 1970 and served for a minimum of three months. Female monarchs are not included. Africa.com’s research identified 22 women who meet this criteria.

For more information and to watch the full length video replay of the Women Heads of State summit, please visit WomenHeadsOfState.africa.com