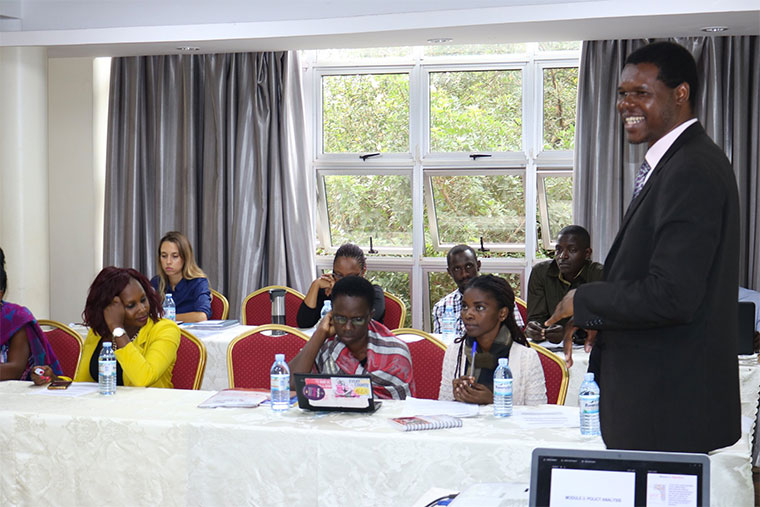 Uganda needs to open up more agricultural universities and tailor the studies in line with the country’s needs if the sector is to continue being the backbone for the economy, a South African professor has said.

Prof Godwell Nhamo, the chief researcher and lecturer at the University of South Africa (UNISA), says economies that are dependent on agriculture cannot talk of fighting poverty when they do not invest in agriculture.

“If you want to eradicate poverty, you must invest in agriculture and think agriculture. Uganda, and the African continent at large, needs typical agricultural universities and the whole university curriculum needs to be disrupted,” Prof Nhamo said.

Uganda has Bukalasa Agricultural College and in Kenya there is now Jomo Kenyatta University of Agriculture and Technology.

Prof Nhamo was speaking during a training programme on promoting agriculture and climate trade linkages in the East African Community in Uganda recently.

“As CUTS, this has given us an opportunity to reflect on many needs to be addressed and possible avenues for collaboration,” said Debornes.

“It rings a bell to what CUTS and its partners in Uganda, SEATINI, have been working on for the last seven years. Let’s hope we can continue to work together and build new partnerships”.

On the importance of facts, SEATINI Uganda Director Ambassador Nathan Irumba noted that data is not taken seriously in Africa.

“The problem with this country is that data is not taken seriously yet it is our obligation. Those days, an agricultural officer would report monthly on a possibility of drought or famine. But this is not the case now.”

“This bumper harvest of maize could have been seen earlier. But now we are reacting.”

In his presentation on “Agro-industrial Development in the Context of Climate Change, Food Security and Trade, Developing Coherent Policies & Programmes in Uganda”, Prof Nhamo said the next global wars are not going to be about water or climate change, but on seeds.

Citing Monsanto, the US agrichemicals giant, which is synonymous with genetically modified organisms (GMOs), Nhamo expressed fears that time will come when African farmers will no longer be able to keep their organic seeds.

“With Monsanto, it might make you illegal to keep your own seed. And that is what the war of this century will be all about. It will not be about water or climate change, but seed,” Prof Nhamo said.

On Uganda’s industrial policy being developed, Prof Nhamo said there is need to interest the population in agriculture.

“How do you try to put a policy in place when your very own people are not interested in agriculture? We need to be aware where the world is going and where the continent is going if we have to develop an agro industrial policy,” he said.

In the historical 2014 Malabo declaration, it was agreed that African countries must allocate at least 10 per cent of their national budget to agriculture.