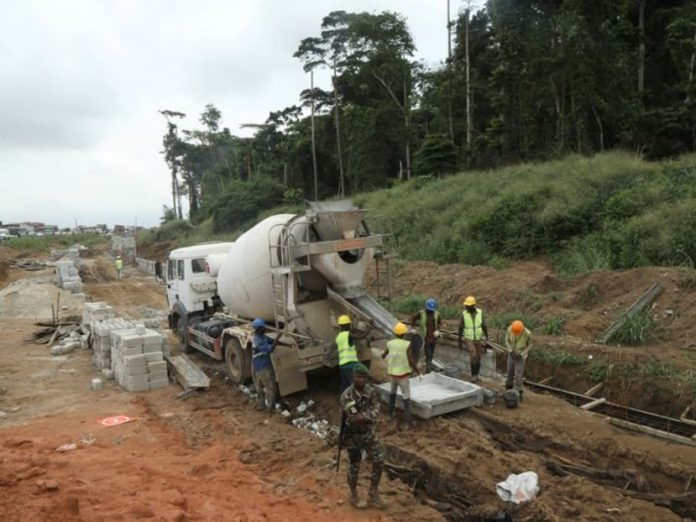 Concerned about illegal logging and pollution in Banco National Park in Ivory Coast’s commercial capital Abidjan, authorities are erecting a concrete perimeter wall that they hope will preserve its distinctive ecosystem.

Some of its wildlife, which includes monkeys, chimpanzees and 500-year-old trees, is considered sacred by locals, and its shady trails are a haven for hikers and bicycle riders from the city of 5 million’s traffic-clogged streets.

But Banco is threatened by pressures from Abidjan’s rapid growth. Locals illegally chop down trees to build houses and dump their trash in the woods, officials say.

Parks officials hope to put an end to that. On a recent day, dozens of construction workers stacked concrete bricks two-and-a-half metres high along a muddy patch of land between the highway and the park.

“In reality, it’s 12 km of fencing for a perimeter of 24 km because a lot of the boundary has already been whittled away here and there to build urban lots,” said Adama Tondossama, the director general of the Ivorian Office of Parks and Reserves.

Tondossama said he hoped the efforts to protect Banco would help it win a place on U.N. agency UNESCO’s list of world heritage sites.

Parks authorities have been working with local communities to head off any misunderstandings related to the wall and emphasise the importance of protecting the forest.

“We must not lose the forest. We are in some ways the guardians here,” said Mesmin Yapo, the deputy chief of a village on the park’s outskirts.