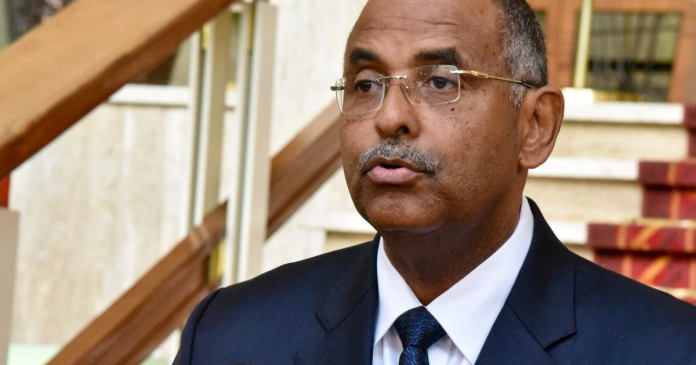 Achi, Ouattara’s former chief of staff, has served as interim prime minister since Hamed Bakayoko, 56, was hospitalised this month with cancer. Bakayoko died on March 10.

Achi’s nomination was announced in a brief statement by Ouattara’s current chief of staff, Fidel Sarassoro.

Bakayoko’s death was another twist in a period of political turbulence for the Ivory Coast. He was appointed prime minister in July after his predecessor, Amadou Gon Coulibaly, died of a heart attack.

Gon Coulibaly was slated to be the governing party’s candidate for the October 31, 2020, presidential election. However, his sudden death led incumbent President Alassane Ouattara to run and win a controversial third term, arguing a 2016 constitutional amendment reset the clock on the two-term limit.

Opposition to Ouattara’s candidacy, which relied on a contested interpretation of constitutional term limits, led to unrest before and after the vote in which at least 85 people were killed. It was the country’s worst violence since the 2010-11 civil war.

Achi and his government will need to address social tensions and take steps to support the economy as it recovers from the impact of the coronavirus. Economic growth slowed to below 2 percent in 2020 from 6.5 percent a year earlier.

Achi, born in Paris to an Ivorian father and a French mother, was previously a member of the once-monolithic Democratic Party of Ivory Coast (PDCI), which is now the main opposition group.

His long ministerial career dates back to 2000, when he was minister of economic infrastructure and government spokesman when Laurent Gbagbo was president.

He kept that portfolio for 17 successive years under five prime ministers, before being named secretary-general to the presidency by Ouattara.

“He has been a very well-known political figure over the last two turbulent decades,” political analyst Rodrigue Kone told AFP news agency. “He can talk to everyone.”

Ouattara forced Gbagbo out of office in 2011 after a post-election civil war that claimed several thousand lives and left the country deeply split.

After his removal, Gbagbo was flown to the International Criminal Court in The Hague to face war crime charges arising from that conflict.

He was acquitted in January 2019 and is now living in Brussels pending the outcome of an appeal by the ICC prosecutor.

Impossible Is Not African: Everything is Possible in this Continent – Dr. Akindele Akintoye, CEO, Duport Midstream Company Ltd