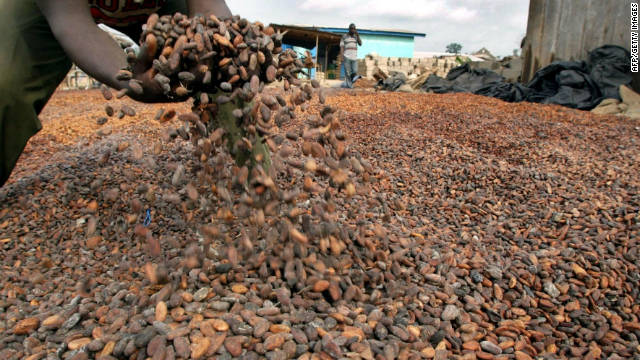 Ivory Coast’s Cocoa Coffee Council (CCC) has decided to auction all of its cocoa production to exporters in advance in order to set a guaranteed price throughout the season for producers, CCC sources said on Wednesday.

Approximately 1.7 million tonnes of cocoa export contracts have already been sold in mid-August, which should allow the CCC to set a guaranteed price of between 750 and 800 CFA per kg in October, the sources said.

“We think that by selling all the harvest before the beginning of the season, it gives us more guarantee in case of falling prices and allows us to set a guaranteed price for planters unchanged between the main and the mid-crop,” the source told Reuters.

“We have been forced to change our sales methods to adapt to the current environment. There is too much fluctuation and instability in the market,” added another source.

Ivory Coast cocoa production is expected to remain stable at around 1.8 million and 1.9 million tonnes in the next two to three years, compared with 2 million tonnes last season, due to swollen shoot development, according to CCC sources.

The government, through the Ministry of Water and Forests, has also undertaken to clamp down on illegal cocoa farming, which would also reduce cocoa production.

“Production is expected to remain stable between 1.8 and 1.9 million tonnes between now and 2020 because diseases like swollen shoot are progressing, forcing us to pluck out hundreds of thousands of hectares, which drives production down,” said one source.