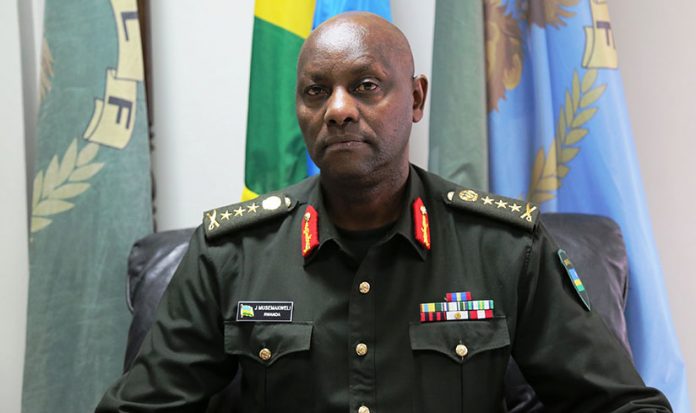 Among the peacekeeping missions that Mupenzi has been involved in is the United Nations Mission in South Sudan (UNMISS). According to Rwanda’s The New Times, the man he has replaced – Musemakweli – has been redeployed to the Reserve Force as Chief of Staff.

Musemakweli’s successor’s appointment came on Tuesday, the publication’s website reports. On top of him being named as new Army Chief of Staff, it is understood that Mupenzi, previously the commander of the Mechanised Division, was also elevated in rank – from Lieutenant General to Major General.

In the Reserve Force, Musemakweli, replaces Maj. Gen. Aloys Muganga, “who had been serving in acting capacity since November last year”. The army reshuffle, source from a defence ministry statement, has seen Muganga take up Mupenzi’s previous position as Commander of the Mechanised Division.