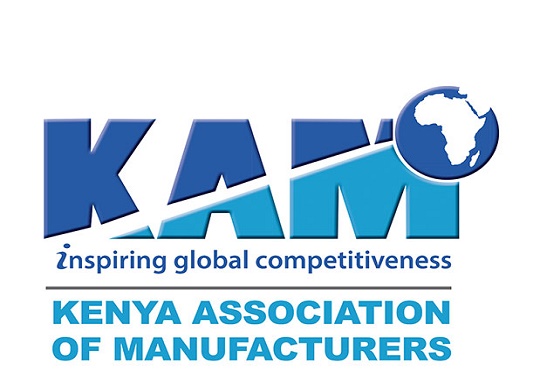 The theme of the program dubbed, “Building Champions to Drive Social Change and Responsibility is aimed at enhancing public education and awareness on responsible waste management by using music and the arts.

As part of its responsibility under the Framework of cooperation signed earlier this month, KAM committed to conducting awareness campaigns to support the established schemes in implementation, re-cycling and up-cycling. The partnership with Dandora Hip Hop City (DHC), a Youth focused Community Based Organization (CBO) founded by renowned artist Juliani.

According to Tobias Alando, Acting CEO of the Kenya Association of Manufacturers, “Art contributes to social change. As manufacturers we will continue placing emphasis on the creative sector and youth development.  We hope that through this workshop, we will provide the impetus to promote art as an integrating tool- but more importantly to build sustainability champions­­­­­­­.”

Speaking during the workshop, DHC founder, popular musician Juliani expressed the willingness of the youth in Dandora to strengthen proper waste management through the Customer Bora Program “Through this program, Dandora Hip Hop City established trial ‘Taka Bank kiosks, that serve as recyclable waste collection stations where customers can responsibly dispose of their waste for recycling. The pilot phase generated a lot of interest and we are looking forward to rolling out the kiosks widely’ Juliani said.

The other activities set to take place during the week include a cleanup drive in Westlands, and the first ever 24 hour Hip Hop Marathon at the  Kenya National  Archives Grounds .

The marathon is an effort by DHC to nurture young musical talent while using music as a catalyst for social change. The event that will feature some of the big names in Kenya’s hip-hop scene including Juliani and will run for 24 hours non-stop cypher including performances by underground artists.

Pawa 254 Community Manager Bernard Karathe commended this initiative and called upon the government and other stakeholders to support such youth led initiatives in order to harness the skills and energy of the youth.

“Today’s training is a great show of the industry’s commitment to investing in the youth, which will help to alleviate social challenges associated with high rates of unemployment among the youth”

Artists, musicians in particular, play a critical role in influencing public behavior and opinions and we believe this is the first of many such future activities in the quest to achieve sustainable waste management in the Kenya.