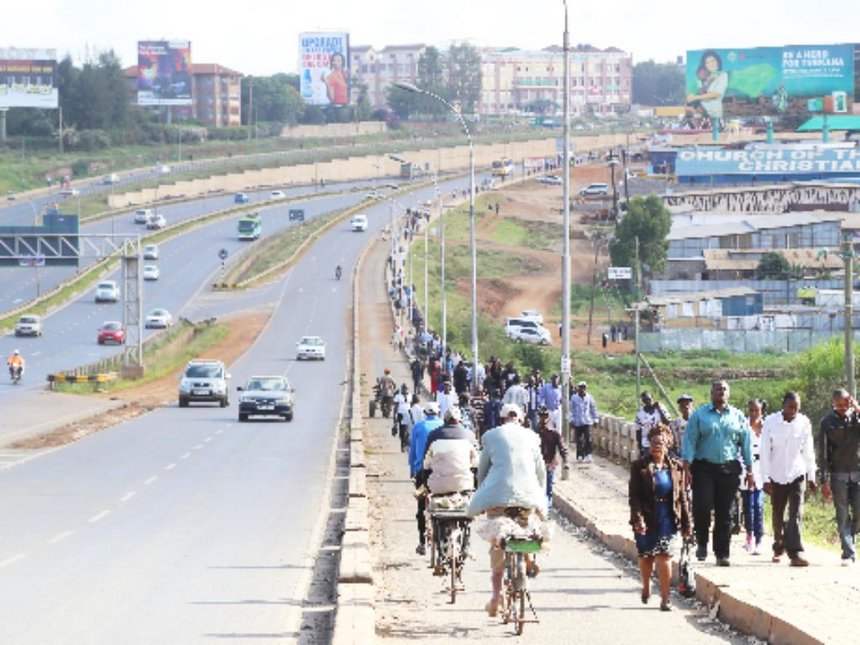 Kenya has made a positive move towards developing the status of its capital city which is an improvement to the countries profile, with the recent signing of a Sh1.98 billion contract to begin the second phase of the Ngong Road expansion. The signing was done by the Kenyan Urban Roads Authority (KURA) and China Qinjian International Group.

The Ngong road construction which has been on expansion from the National Library to the junction on the ring road will commence another phase of expansion from Dagoretti Corner to Karen Shopping centre and is expected to last for two years. The construction entails a scope of work that includes a 6.5m wide, two lane carriageways and two roundabouts, plus a Bus bays that constitutes footpaths, footbridges, and bicycle lanes.

The road expansion project is set to upgrade the city’s transport system by easing movements and reducing traffic which has become a major challenge along Ngong Road.

However, KURA urges investors for yet another 8Km stretch of an abandoned part from the phase one expansion of the Ngong Road, which is between the Dagoretti Corner and Karen Roundabout.

The KURA communication officer Mr. John Cheboi has revealed that this particular stretch has prompted the government to step in to finance the project and the construction will run concurrently with the second phase.

Apparently, the road expansion is in progress and the government awaits the completion of both phases.