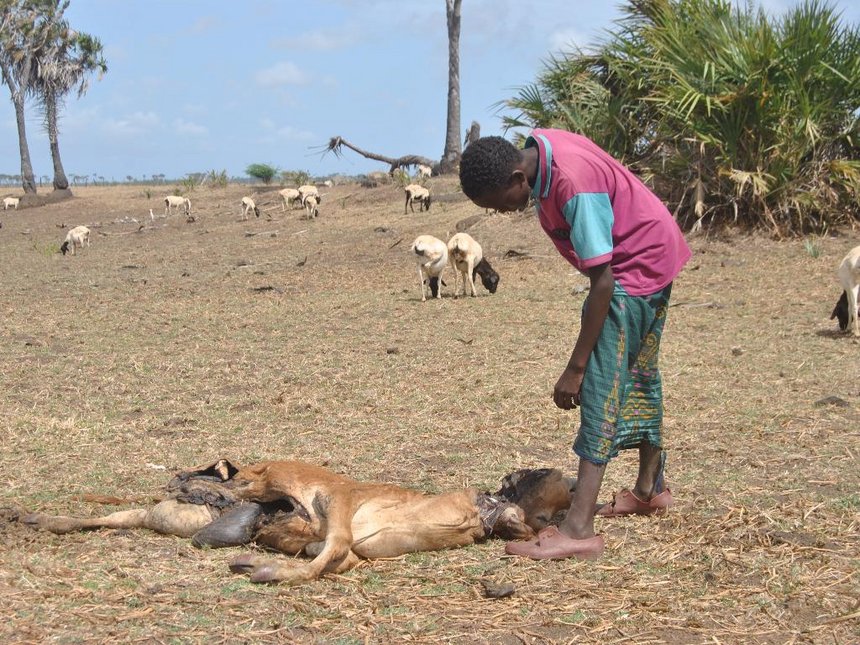 The government on Friday declared drought a national disaster.

Speaking after a briefing with Cabinet Secretaries at State House in Nairobi, the president said the current drought affecting 23 arid and semi-arid counties had affected humans, livestock and wildlife as well.

“Support from our partners would complement government’s efforts in mitigating the effects of drought,” said Mr Kenyatta.

President Kenyatta at the same time, warned distributors of relief food, that they would be punished if they’re found taking advantage of the situation to enrich themselves, saying that amounted to fraud, which is punishable under the law.

He said all purchases of food and other requirements should be done in a transparent and open manner and that all government agencies be involved to ensure Kenyans are not defrauded.

“Let all investigative agencies including the Ethics and Anti-Corruption Commission get involved in the activities being undertaken during this period,” the President said, adding that he did not want a situation where the government would be accused of taking advantage of this situation.

One of the measures the government had taken, he said, was the stabilization of cereal prices by allowing importation of maize by licensed millers.

“We will however be strict and monitor the situation to ensure it is done in a very transparent manner,” He said.

In its phase two of drought intervention covering the months of February to April, the government has allocated 11 billion shillings to carter for intervention in various sectors.

Already National Treasury has release the first tranche of sh7.3 billion while the county governments have provided sh2 billion.

The government intends to enhance the interventions including doubling of food rations and cash transfers among other measures.