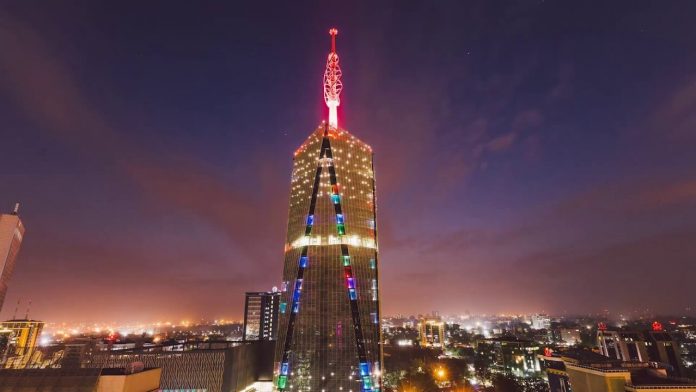 A building in Nairobi’s most sought after corporate locale has cemented its place among the world’s most notable architecture pieces after becoming the first structure in Africa to receive the Emporis Skyscraper Award.

Britam Tower also the tallest building in East and Central Africa, standing 200 meters is a 32-storey building sitting on a 1.5 acre piece of land, and has two buildings, including a 15 floor parking lot.

The Emporis Skyscraper Award is the world’s most renowned prize for high-rise architecture and has been awarded on an international basis every year since 2000. The primary criteria in awarding the prize are excellence in aesthetic and functional design. Every year, a jury of experts selects the winner. Buildings must have a minimum height of 100 meters and have been completed during the previous calendar year.

“The building had to make sound commercial sense to the investor and tenants alike and add value to the precinct in which it is situated,” said in a statement from Triad.

It said the theme of a multi-tenanted iconic office building that embodies the qualities of strength and stability, is timeless and ages gracefully is well captured in the building.

Traid said the tower also serves as an inspirational and environmentally responsible place, both inside and out.