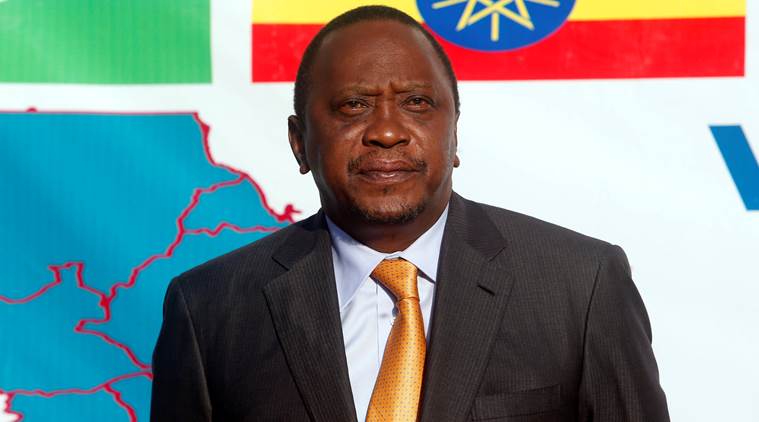 Kenya’s president has proposed hiking taxes on mobile payments and other money transfer services, documents sent to parliament this month showed, amid a tussle in government over how to boost revenues without hurting the poor.

Parliament will hold a vote on the measures on Thursday.

The latest proposal comes as Kenyatta, re-elected last year after an extended and bloody election, seeks to implement planned tax hikes and other measures in this year’s budget that were designed to fund a range of government development goals including universal healthcare and affordable housing.

Lawmakers and some members of the public have resisted the measures, particularly a new tax on petroleum products. Kenyatta said on Friday the tax is necessary, but that he wanted to cut it to 8 percent from 16 percent.

In the documents, Kenyatta asked parliament to reduce government expenditure by 55 billion Kenyan shillings ($546.18 million) from the 2.72 trillion shilling budget proposed in June. The president has not yet signed the budget due to the dispute over planned tax hikes.

In addition to the new fuel tax, the president has also asked parliament to approve an additional charge of 18 shillings per litre of kerosene that poor households use for lighting and cooking.

He also proposed an excise duty of 15 percent on internet telephone services.

Kenya’s biggest mobile phone operator Safaricom said in June it is opposed to any tax rise on mobile phone-based transfers, arguing that it would mainly hurt the poor, most of whom do not have bank accounts and rely on mobile transfer services such as their widely used M-Pesa.

Safaricom, part-owned by South Africa’s Vodacom and Britain’s Vodafone, declined to comment on the proposal.

Parliament at the time also rejected an earlier version of proposed fees on money transfers, a so-called “Robin Hood” tax of 0.05 percent on transfers of more than 500,000 shillings.

Kenyan businesses and the public routinely complain of a heavy tax burden.

The Kenya National Chamber of Commerce and Industry this month said the government should increase and widen the tax base. It also urged the state to cut expenditure, reduce wastage of public funds and deal with corruption, which some studies have found lose the government about a third of its annual budget. ($1 = 100.7000 Kenyan shillings) (Reporting by George Obulutsa and Humphrey Malalo; additional reporting by Duncan Miriri; Editing by Maggie Fick and Louise Heavens)