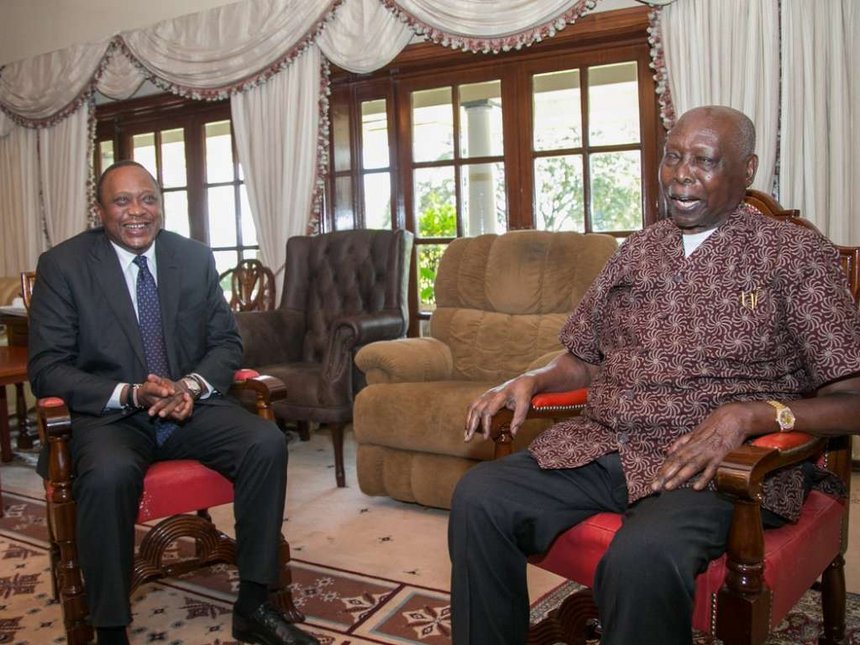 Joho said this in his goodwill message to Moi who celebrated his 94th birthday on Sunday.

He said the former president should be commended for setting standards of dignity for leaders when they leave public office.

“As the saying goes, youth is a gift of nature but old age is a work of art. To H.E Daniel Arap Moi, happy birthday Mzee,” the governor said on Twitter.

The retired president left office 16 years ago when he handed over to former President Mwai Kibaki.

The former Head of State has been popular lately owing to visits by various leaders at his Kabarak home.

The trips, so far made by President Uhuru Kenyatta, ODM leader Raila Odinga, and Joho have been perceived to be about 2022.

Joho’s visit sparked a possible unity deal with Moi’s son Gideon in 2022. The Baringo Senator is yet to declare his bid for the presidency.

“I was fortunate to hear his wisdom on some national issues and thanked him for his time at the helm of this country,”Joho tweeted without divulging more details on the conversation they had.

However, the leaders who have sought to see Moi have maintained they have nothing to do with politics but just to wish him quick recovery.

Moi underwent a successful knee surgery in Israel in March this year and has been recuperating at his home.

In May, Deputy president William Ruto hit the headlines when he failed to get an opportunity to see Moi. There were claims he was snubbed.

Read: Was DP Ruto blocked from seeing Moi in Kabarak?

Kenyans on Twitter shared memorable photos of Moi during his 24-year tenure as the President.

@HistoryKE, an online museum, posted photos and videos of Moi and Kibaki during the 2002 swearing-in.

Meshak Toroitich‏ said: “We really miss your times when the dollar was way far below Sh90 and petrol never went beyond Sh80.”

“Tell your political son @UKenyatta to have mercy on us,” he tweeted on Sunday.