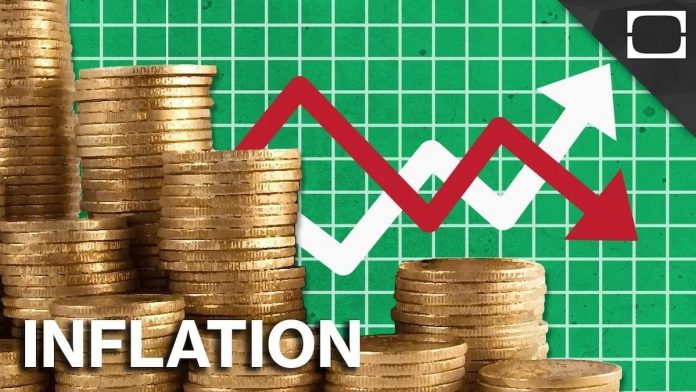 The Kenyan Economy is seen as the third-largest economy in Africa after Nigeria and South Africa.

The government is generally investment-friendly and has passed several regulatory reforms to ease foreign and local investment, including creating an export processing zone.

Before the COVID-19 pandemic, Kenya was known as one of the fastest developing economies in Africa, as it recorded an annual growth of 5.9% between the years 2010 and 2018.

With its Gross Domestic Product, GDP of $95 billion, the government reached lower-middle-income status recently and has successfully established a diverse and dynamic economy.

It also serves as the entry point to the larger East African market.

Recently, the country was hit with a high inflation rate, and it is the highest it has experienced since 2017.

Before the latest rate, Kenya’s economic growth has been relatively steady in the past few years and is still on the rise, except for a bit of dip in 2017. The annual inflation rate accelerated to a seven-month high from 5.5% in March to 6.47% in April.

Unpredictable and high inflation is a threat to good economic performance and negatively affects the poor.

However, the cost of living in Kenya has been increasingly significant for at least a decade. Inflation caused by supply chain disruptions and the rising cost of crude oil in the international market is being felt globally.

Essential commodities in the country have all gone up in prices; for instance, rice, tomatoes, meat, cooking gas, petrol, sugar etc. have all increased in price by more than 46 per cent.

According to the Kenya National Bureau of Statistics, between June 2020 and June 2021, Kenyan consumers paid 8% more for food and beverages, 14% more for transportation and 4% more for Housing, water and electricity.

This has more effect on the poor masses as their shopping baskets are seen to be smaller than they used to. And this is causing obvious hardship for the Kenyan masses.

A hawker in Nairobi narrates how she manages to cater for herself and three kids. She said sometimes they skip meals and reduce electricity consumption just to meet up with bills.

Low-income households that most times rely on other forms of energy like paraffin or charcoal would still face the high cost of food items as it is seen to be increasing every day.

Having done these analyses, we would agree that the safest way to curb these rising inflation rates in Kenya is to identify the causes and effects on the economy and then look into possible ways of avoiding the causes identified.

One factor that cannot be overlooked as to what caused inflation in Kenya is the introduction of mobile banking and M-PESA. These may have contributed to the high rate of money.

The money supply in an economy is determined by monetary and fiscal policy. Central banks are charged with the responsibility of setting the monetary policy.

The causes of monetary inflation are directly connected to the money supply in the economy. Although commercial banks create money from customer deposits and lend out, central banks set reserve ratios and other controls to limit the supply. Loosening of these controls would increase the money supply and thus inflation.

Factors like oil prices, structural characteristics such as domestic production and policy variables touching on the exchange rate, and fiscal and monetary policies contributed to the latest inflation in East Africa.

One significant effect that inflation has brought to the Kenyan Economy is causing more inflation.

By this, the purchasing power of the country’s local currency would be eroded.
Because of high inflation, most consumers now stock up on products that are slower to lose the value of their local currency.

It has reduced the unemployment rate in the country, though not by a higher percentage.

It encourages spending and investing. It enables consumers to stock up on products that are slower to lose the value of their local currency.

It would also raise the cost of borrowing.

With a forecast of 7.2 per cent inflation for Kenya in 2022 by the International Monetary Fund and a target band of between 2.5 and 7.5 per cent by the Central Bank of Kenya, it shows that the higher inflation still does not call for alarm.

However, it is expedient to watch the major factors causing the rise in inflation to avoid it pushing it beyond the target of the central bank.

Also, strong Fiscal Policies should be put in place by the Kenyan government to help regulate other macroeconomic variables like interest rate and exchange rate, as they may affect economic growth negatively.