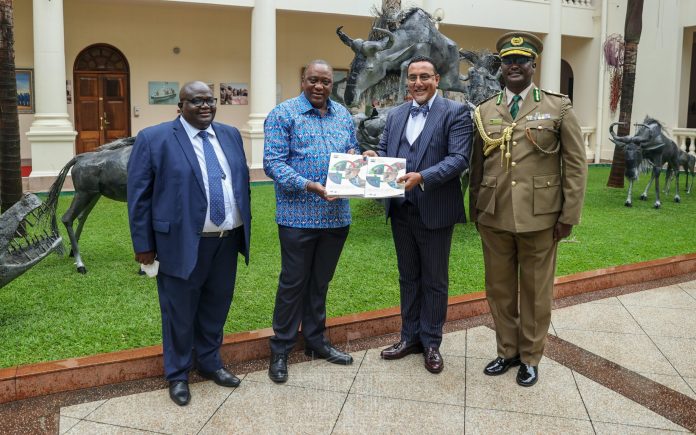 Kenya’s President, Uhuru Kenyatta, has applauded the successful anti-poaching efforts of the Ministry of Tourism and Wildlife in wildlife conservation through its agencies led by the Kenya Wildlife Service (KWS).

Speaking on an occasion when he received the 2021 National Wildlife Census Report, which represents the country’s first-ever wildlife census report, presented to him by the Cabinet Secretary of Tourism and Wildlife, Najib Balala, President Kenyatta tasked the agencies to continue finding new innovative approaches to affect the sustainable management of Kenya’s rich wildlife heritage.

“The reduction in losses in terms of elephants, rhinos and other endangered species is because of the great work that KWS, its officers, and men are doing to ensure that the (wildlife) heritage is protected.

“(Wildlife) is our heritage, this is our children’s legacy and it is important for us to be able to know what we have in order to be better informed on policy and also on actions needed as we move forward. And it being a national heritage, it is something we should carry with pride” he said.

According to the President, the Government is better equipped with comprehensive census findings to plan its wildlife conservation interventions. He directed the Ministry of Tourism and Wildlife to transform recommendations in the report into policies and programmes that can be acted upon as he also called for the adoption of the proposal to carry out the wildlife census every three years.