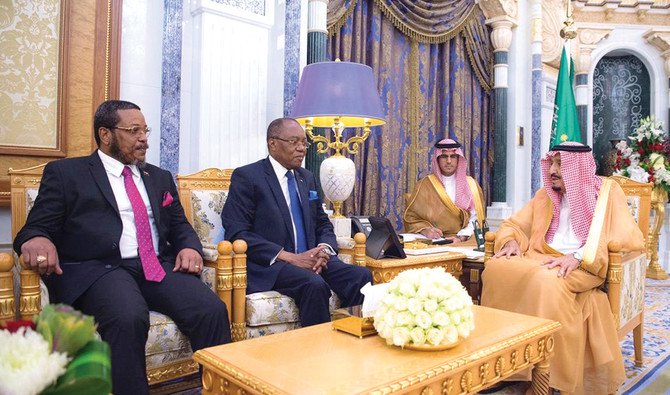 The letter was delivered to the king during his meeting with Angola’s Minister of Foreign Affairs Manuel Augusto in Riyadh on Wednesday.

The king sent greetings back to the Angolan president.

He urged Saudi businessmen to invest in Angola. He added that the two countries have common interests in the political and diplomatic sectors, and that they insist on fighting terrorism and cooperating with the Kingdom to reform the UN, especially the Security Council.