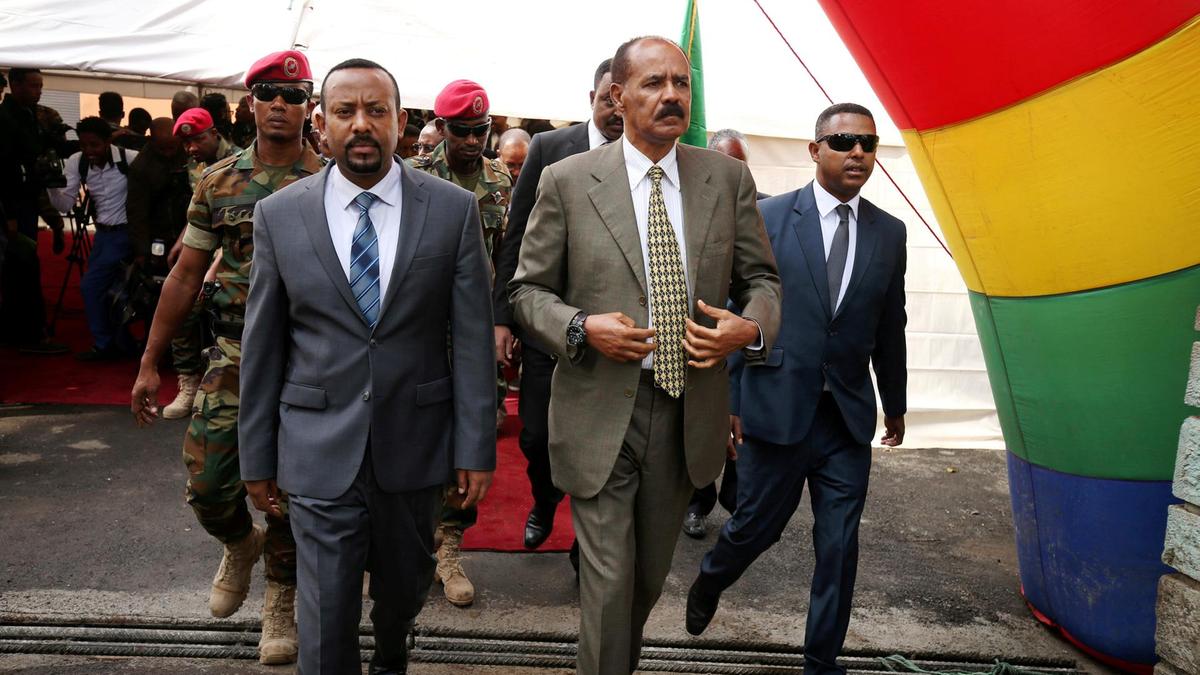 The leaders of Ethiopia and Eritrea arrived in Saudi Arabia on Sunday for a signing ceremony to cement the recently established peace between their two countries.

The United Nations Secretary General Antonio Guterres was also expected to attend what the UN described as “the signing ceremony of the peace agreement” between the two countries.

Mr Abiy and Mr Isaias signed a “Joint Declaration of Peace and Friendship” in the Eritrean capital Asmara on July 9, committing to “forge intimate political, economic, social, cultural and security cooperation” between the Horn of Africa neighbours after 20 years of enmity.

Eritrea gained independence from Ethiopia in 1993 after a decades-long armed struggle but war broke out between the two countries in 1998 following a border dispute. More than 70,000 people were killed in two years of intense fighting before a ceasefire was reached.

The July peace agreement came just months after Mr Abiy took office in April and began instituting widespread reforms, including ending a longstanding state of emergency, freeing political prisoners and making peace overtures towards Eritrea. In June he announced that Ethiopia would accept a UN-approved ruling made after the two-year war and hand back disputed territory.

In a show of support for the reformist prime minister, the UAE pledged Dh11 billion for Ethiopia during a visit by Sheikh Mohammed bin Zayed, Crown Prince of Abu Dhabi and Deputy Supreme Commander of the Armed Forces.

Both Mr Abiy and Mr Isaias have praised the role of the UAE and Saudi Arabia in the rapprochement between their nations.

The UAE hosted both leaders in July and awarded them the Order of Zayed, country’s highest civilian honour. Sheikh Mohammed said at the time that the peace agreement would “ensure stability and security in the Horn of Africa and the region in general”.

The new peace has led to the restoration of trade, communications and travel links, including the reopening of border crossings earlier this month. Landlocked Ethiopia will also have access to the Eritrean Red Sea ports of Massawa and Assab, providing an alternative to Doraleh in Djibouti.