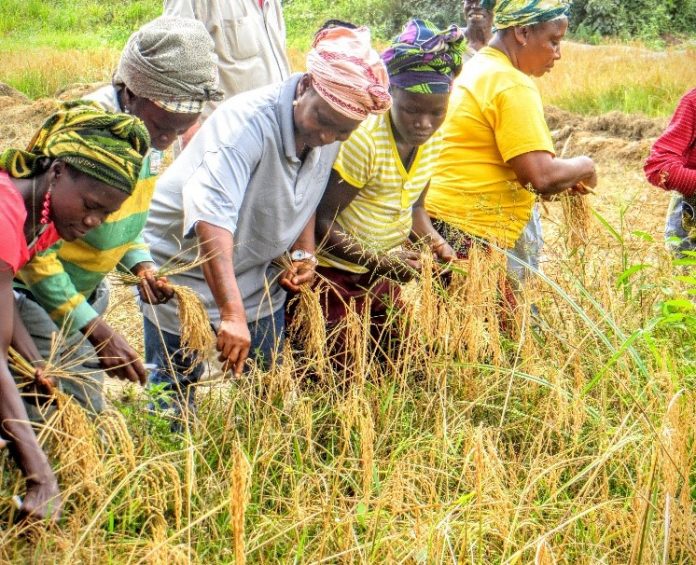 This visit was the first a minister had visited the region since the end of the civil war.

James K. Nyumah, a resident of Kakata, Margibi County, will manage the farm. He has been involved in large-scale farming for a long time and specializes in producing cash crops such as rice, oil palm, cocoa, etc.

However, they have been hamstrung by inadequate government support.

Nyumah expressed his gratitude to the minister during the occasion and noted that the farm would create jobs for Fuamah District.

In his words: “The initiative is geared toward supporting the government’s agenda for agriculture under pillar two of the Pro-Poor Agenda for transformation and prosperity, which is aligned with fighting zero hunger of sustainable goal one of the United Nations’ mandate.”

“This venture is providing economic support for the citizens in and around Fuamah district.”

“I raise money from my businesses to support the farms. I am doing this work manually — no machine to improve productivity.”

He further encouraged the government to provide processing equipment for the local farmers to process the crops.

“We are growing more rice in this district, but we don’t have the opportunity to process it. We will need the government to provide us equipment to enable us to mechanize.”

Reacting to Nyumah’s appeal, the minister reiterated the government’s resolve to assist indigenous farmers in the country.

“I am overwhelmed with pride to see the kind of work being done. This is the Liberia that I know, so even when people tell me that we cannot feed ourselves, I tell them that this is not right.

“The first thing President George M. Weah showed me after taking over the ministry is for us to establish rice hubs in places where the farmers are producing more to reduce post-harvest losses and make the food we eat more accessible on the market. I have travelled many parts of the country to see what farmers are doing and have recognized their potentials,” she stated.