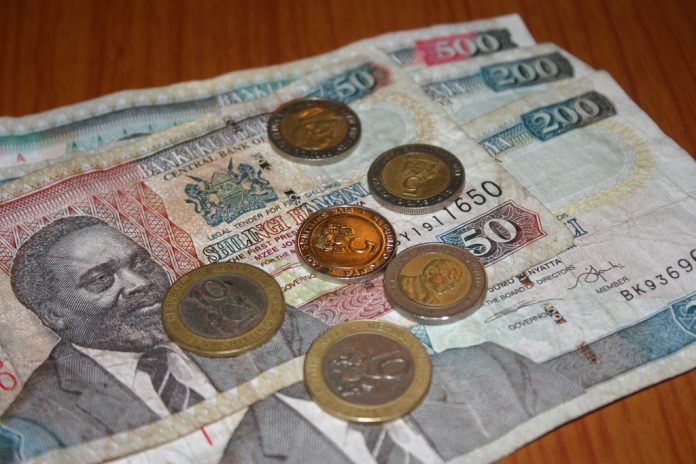 The Kenyan currency, the shilling, is not highly overvalued and the local unit is presently floating as opposed to suggestions on the contrary held by the International Monetary Fund (IMF), Dr. Patrick Njoroge, Central Bank of Kenya (CBK) Governor said Wednesday, November 28.

Saying CBK only intervenes in the foreign-exchange market to minimize volatility, criticizing an International Monetary Fund assessment that the shilling is highly overvalued and the unit is no longer floating.

The shilling is overvalued by less than 5 percent against the dollar, Governor Patrick Njoroge said. That compared with the IMF’s assessment of 17 percent. The lender used a new methodology that’s only been in place since 2015 to reach that conclusion, Njoroge said. The formula was created for advanced economies and only now being applied to emerging markets despite its “well-known” weaknesses, he said.

“We are being used as a guinea pig on the External Balance Assessment-Lite methodology..The methodology was used in a black box environment. Data went in, whatever popped out was what was presented and obviously that was something we would not agree with,”Njoroge said

Kenya uses “standard approaches” such as the Purchasing Power Parity, Elasticities, Real Equilibrium Exchange Rate, because one methodology is not sufficient to give a holistic picture, he said.

“Our own calculations support the view that there is no fundamental misalignment reflected in our exchange rate and the shilling reflects the real and true value,” Njoroge said. “We have a flexible exchange-rate regime and we don’t have a view on the level and direction of movement.”

The shilling was rated 102.68 against the dollar today down 2 percent from a 99.87 peak on July 16. For most of 2018, the unit has arguably been Africa’s best performing currency and has gained 0.6 percent this year, according to data compiled by Bloomberg.

The central bank says economic growth this year could outpace an expected 6.2 percent after agriculture and remittances expanded at a much faster rate. It is likely to raise the outlook after gross domestic product statistics for the third quarter are published, Njoroge said. East Africa’s biggest economy posted 5.7 percent and 6.3 percent expansion in the first two quarters of the year respectively.

Exports increased by 7.7 percent in the year through September, Njoroge said, while remittance inflows totaled $2.23 billion in the first 10 months, a 42 percent increase from a year earlier.

“There is a favorable outlook for 2018,” Njoroge said.