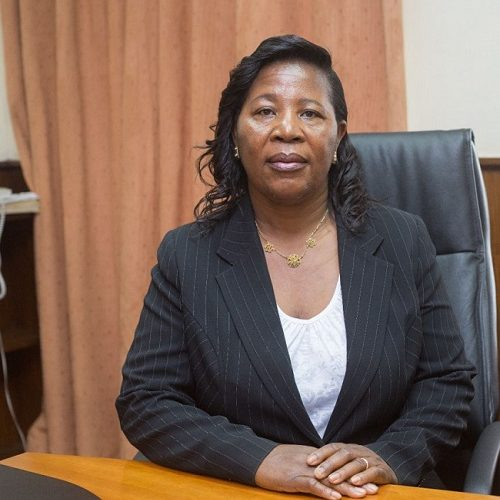 The roundtable session is being put together by the Centre for Economic and Leadership Development as a key highlight of the Centre’s flagship summit, the 7th South America – Africa – Middle East – Asia Women Summit (SAMEAWS).

“Justice Ansah’s consideration to speak in this high-level panel session stems from her track record of leadership and experience in electoral matters. We are optimistic that sharing her unique perspective on: Democracy and Gender Equality will inspire other women in across developing nations”, said Dr. Fika.

In an acceptance mail to CELD, Sammy Alfandika, Chief Elections Officer of the Malawi Electoral Umpire, conveyed Justice Ansah’s appreciation to the organization.

Justice Dr Jane Ansah holds a master’s degree in International Human Rights Law from University of London and a Doctor of Philosophy (PhD) in International Human Rights Law from the University of Nottingham. She has over 30 years’ experience in the field of law. She was admitted to the bar in 1978 and went ahead to work in the Ministry of Justice. She was appointed High Court judge in 1997. She served as Attorney General between July 2006 and April 2011 and was conferred and decorated with the status of Senior Counsel in 2008.

Justice Dr Jane Ansah; SC was appointed Judge to the Supreme Court 2011.  She has chaired forums of the African Union Meeting of Ministers of Justice, Attorney Generals and Government Experts from 2010 to 2012 as well serving as Deputy Chairperson of African Union Board on Corruption from 2008 to 2011.

The South America-Africa-Middle East-Asia Women Summit (SAMEAWS) is an unprecedented flagship summit aimed at bringing together the most influential and prominent women as well as key stakeholders from these regions, under one roof, to discuss the need to recognize and harness the untapped and profitable opportunities that women economic and political engagements represent. The Summit has proven to be the premier gathering of women and key stakeholders from South America, Africa, Middle East and Asia, with a record attendance of delegates from 35 countries in the maiden 2013 edition to date. The 2019 edition promises to be even bigger. More information on some of the highlights of this 2019 edition of the summit can be assessed on the summit website: www.sameaws.com.

About Centre for Economic and Leadership Development (CELD)

The Centre for Economic and Leadership Development (CELD) is a nonprofit organization and the social development arm of the African Leadership magazine. The organization is in special consultative status with the United Nations Economic and Social Council (UNECOSOC); with a core mandate to bring true and enduring empowerment to women at various levels, circumstances, cultures and tribes; whilst redefining the theory and practice of inclusive leadership and education for the youth in the various societies.

CELD believes in the power of women as powerful change agents in societies. This is important as women all over the world, and especially in emerging economies; are increasingly breaking stereotypes and contributing meaningfully to nation building and their local communities. It is this faith that we place in the collective abilities of women to move our world forward that has made our activities geared towards equipping women with the right tools form a very significant part of our activities at CELD. We also place our faith in the future of our young people, while committing to helping less privileged youths, orphans and vulnerable children pursue their sense of worth through educational empowerment and support schemes.