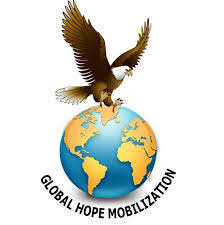 Global Hope Mobilization (GLOHOMO), a Lilongwe-based Non-Governmental Organization, has announced that a total of 312 clients have been screened and others treated in its cervical cancer program which is currently being held in Nkhotakota, Kasungu and Lilongwe.

Through this medium, GLOHOMO has discovered 15 negative, 4 suspects and 7 other gyne-related problems referred screeening outcomes.

Addressing the media at Mtenthera Health Center on Wednesday, Khatijah Duhda, GLOHOMO programs officer, said through the project, GLOHOMO has procured a cervical cancer screening machine (Cryogen) which has been donated to Bwaila District Hospital. She further disclosed that the project has trained 13 nurses and clinical officers in the districts.

“The campaigns were conducted from 10th of July 2018. At Nkhotakota the services were conducted at Mwansambo and Nkhunga, in Kasungu at Kaluluma and Chula and in Lilongwe at Maula health facility, Kangóma, Dickson and Mtenthera.

“The responsible health personnels for the services were the trained nurses and clinicians, 3 based at Nkhotakota, 3 Kasungu and 5 Lilongwe.

“All services conducted went along with health talk before actual screening in order people to know more about cervical cancer mainly on what it is, exposing risk factors, prevention measures, treatment available for those found positive,” Duhda explained.

According to Duhda, cervical cancer is the second most common type of cancer among women with nearly half a million women diagnosed every year while in Malawi cervical cancer accounts for 45% of all cancer in women.

She added that GLOHOMO also provided supervision on the quality of services the trained nurses are providing to clients.

In her remarks, one of the clients Bridget Brino of T/A Mazengera hailed the initiative, saying the screening and treatment would help women in the area.

GLOHOMO is an NGO implementing interventions on health, education, livelihood and agriculture.