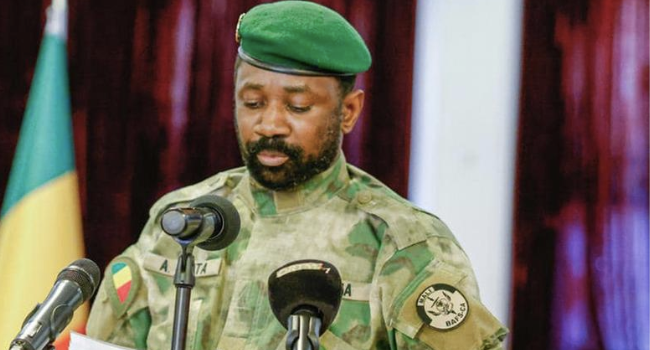 Mali’s military government on Friday passed a new electoral law, marking a step towards a return to constitutional rule amid regional pressure to hold elections since the junta first seized power in an August 2020 coup, a copy of the decree showed.

The West African country has been under harsh economic sanctions imposed by the regional bloc ECOWAS in response to delays in returning power to civilians.

Mali and the 15-member Economic Community of West African States have been at odds over the putsch leader’s proposed five- and then two-year timeline to hold elections, with the bloc deeming them too lengthy.

But the interim government issued a decree on June 6 affixing the two-year timetable, to be counted from March 2022, while negotiations with ECOWAS were still ongoing.

The bloc said it regretted the decision and would continue to engage Malian authorities to reach a “mutually agreed timeline”.

It was not immediately available for comment on the electoral law promulgated by interim President Assimi Goita on Friday – a pre-requisite for organizing democratic elections.

Heads of state from ECOWAS member countries are expected to hold another summit on the matter by July 3.