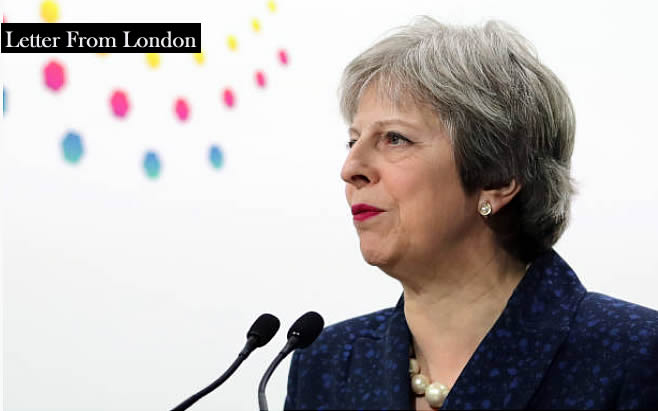 It was meant to be a Triumph
The threat of deportation of people who believed themselves to be full British citizens has put Theresa May’s government into the global dock of public opinion. The people and families affected are shocked and frightened. Events have undermined the UK’s global reputation for tolerance, fairness and decency. What is called “the Windrush affair” is still in full flow as I write. It has weakened the Conservative government and perhaps softened the glue that binds the Commonwealth.

Fresh from the glory of being seen to rally the West following the chemical weapons attack on a former Russian spy on British soil, Theresa May was no doubt looking forward to London hosting the 2018 Commonwealth Heads of Government meeting (known as CHOGM). The Commonwealth has been long seen by some Brexit leaders as a key mechanism for building Britain’s global export markets and forging new trade treaties.  CHOGM in London in mid-April was to cement and celebrate the historic ties between Britain and its former colonies and mark the start of a glorious new post-Brexit world.

Well, the aircraft bringing the Commonwealth’s leaders to London had hardly touched down when Mrs May convened a meeting of the heads of West Indian and Caribbean nations. Her job was to apologise for the way in which the UK’s new immigration rules, which Mrs May had introduced when Home Secretary, were treating the children of what is known as ‘the Windrush generation.”

Invited by Help Rebuild Britain
They are not children now. Most are in their 60s, 70s and 80s. They came with their parents from the British colonies in the West Indies and Caribbean at the invitation of the British government. The UK’s economy was beginning to boom as the country rebuilt itself after WW2. Labour was desperately needed. The first 400 people arrived in London in 1948, on the ship Empire Windrush. Over the years, thousands more followed. They had at least one thing in common with the indigenous peoples of the United Kingdom. They were all British citizens, as then were all people in the British Empire. For some, it was a return to the UK and Europe, where they had served in the British armed forces and done their bit to defeat the Nazis and Fascists, to win the war.

They settled in the UK, mainly in London and around Birmingham. Driving busses and underground trains, building new infrastructure, nurses, teachers, actors, mechanics, carpenters; building lives, homes and families. Safe in the arms of the “Mother Country” they helped create modern Britain. Their children went to school, got jobs and they too built lives and families. Paying their taxes, climbing up carer ladders, going to church, playing cricket, introducing Reggae music to Britain. Never a thought crossed their minds that Britain might not be home, that they might not be British.

Suddenly, after the Conservatives became the largest party of government in 2010, immigration policy began to change. Anyone who could not actively prove they were British was targeted for deportation. Swept up in all this were many of the Windrush children. Believing themselves to be British, most had never thought they needed documentation to prove it. But an Act of Parliament 40 years ago had changed their status. Nobody thought it affected the Windrush children. After all they were the children of British citizens, so must be themselves British citizens.

With a degree of callousness and blind to common sense, the government department responsible for immigration – the Home Office – saw easy pickings in the Windrush children. Mrs May had talked about a “hostile environment” for illegal immigrants. An environment that made it hard to rent a home, that made employers fear keeping or hiring people whose status was in doubt, that removed the right to non-emergency treatment in hospitals.

Refused Cancer Care
In one case, a Windrush generation woman in her 60s was labelled an illegal immigrant, so lost her job. She could not even renew her driving licence. A Windrush man was refused cancer care, his lifetime of residency and of paying taxes counting for nothing. Those affected who had retired to live in the West Indies were refused leave to return to the UK, even for family funerals and weddings. There are many more such stories and more come to light by the day.

A media storm around the whole affair blew up just as the Commonwealth leaders were to meet in London. Diplomats from the West Indies and Caribbean reported that people who had never as adults lived outside Britain were being threatened with exile. The gloss came off the Commonwealth meeting. Some saw the matter as the ugly head of racism, others saw Britain betraying innocent, hard-working people simply because they were an easy target. The Centre and Left of British politics saw the Conservative party in the grip of its Right-wing inheritors of Enoch Powel.

It’s 50 years since Powel, one of the most prominent Conservative politicians of the time, made his infamous, anti-immigration, “Rivers of blood” speech. He said at the time,  “that in ten or twenty years the black man will hold the whip hand over the white man.” Prime Minister Edward Heath instantly sacked Powel for his blatantly racist speech. He never held senior office again and eventually quit the Conservative party.  But elements of the party to this day believe Powel was right, though the Windrush debacle demonstrates that the black man holds no whip over the white man in Theresa May’s Britain.

Since the Commonwealth chiefs went home, the British government has been forced into granting full British citizenship to the Windrush children and promised an easy and free service to deliver it. Stories are emerging of people originally from other parts of the Commonwealth falling into the same trap as the Windrush children.  But the law remains and the taste in the mouth is bitter.

Inevitably, the question now being asked is if the Home Office can’t get the status of a few thousand people right, what chance do the three million EU citizens living in Britain have when the UK exits the EU? The government says that regularising their position in the UK will be as easy as applying for an online account from a fashion store. The software to do this has already been produced, though it has come to light that it does not work on an iphone. 52% of all smartphones in the UK are iphones.

Behind the scenes in London, the diplomatic and trade building functions of the Commonwealth meeting went on as expected. No doubt, good things were agreed. But the bloom of excitement expected by the Brexiters and trumpeted by the populist Brexit press was publicly extinguished by the Windrush scandal.

The Queen Saves The Day
Not for the first time, Queen Elizabeth ll saved the day for the UK. She is the Commonwealth’s greatest champion. Now 92, it has been central to her life since ascending to the throne in 1952. She has known all the great men and woman of the Commonwealth over the 65 years of her reign. Nehru, Mandela, Kenyatta, Julius Nyerere, Milton Obote, Indira Gandhi, Dom Mintoff, and from Pierre Trudeau in the 1960s to his son Justin, who today is Canada’s prime minister.

Continuity matters to The Queen. She asked the Commonwealth leaders to do something for her. She asked that on her death that Prince Charles be appointed Head of the Commonwealth. They agreed, and the Future King Charles will succeed his mother. Head of the Commonwealth is an entirely ceremonial post. It comes with no formal powers and confers no authority on the UK. It is symbolic. It can be a powerful diplomatic tool if handled intelligently and with sensitivity. Windrush has left a stain. Many in the Commonwealth may want to do more trade with the UK and sign trade treaties. Some have made clear that visa access to the UK’s jobs market and universities will be a condition of any deals. Dissolving the stain of Windrush is more than doing the decent thing. It also impacts on the UK’s future economic success and prosperity. Prince Charles has a job to do. If there’s one advantage the heir to the throne shares with the monarch, it is the ability to privately speak truth to power. The Prince may find his first job is to speak truth to power on his doorstep.