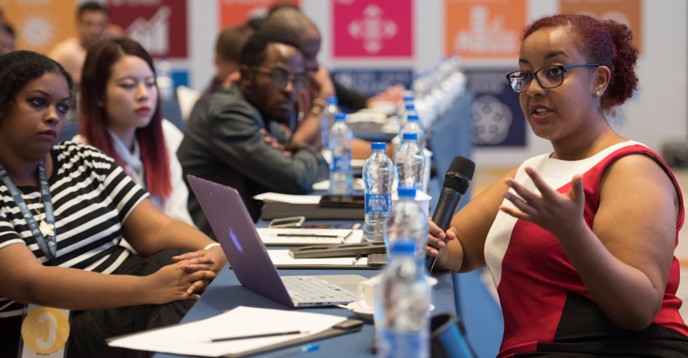 On August 28, two months after Hannah Getachew and other students from Ethiopia wrote a letter to Chinese President Xi Jinping on behalf of the youths from 43 countries attending a forum in China to promote heritage protection along the Belt and Road in June, they got a reply.

In her letter, she commended the Sino-African trade partnership and thanked China for friendly investment like building two railways in Ethiopia, and expressed admiration for China’s modernization, specifically citing Shenzhen’s rise from a small fishing town to the home of many global companies and the Shenzhen Stock Exchange in the short span of 40 years. She also expressed her liking for the friendly Chinese people, which she experienced during her travel to 11 cities across China, and said she enjoyed her studies at the prestigious Peking University.

President Xi emphasized in his reply letter that the exchanges of young people of China and Africa are the future of the China-Africa friendship.

In an exclusive interview with WeChat account of Xuexi Xiaozu, which is operated by the overseas edition of Peoples Daily, the young Ethiopian lady shared her story about writing a letter to Chinese President Xi Jinping, and her experience and thoughts about China.

Getachew said she came to Beijing at the end of 2016 to pursue a master degree at Peking University in international law. Currently, she is preparing to work as an international affairs officer coordinating programs under the Belt and Road Initiative.

In the interview, she expressed high hopes for the upcoming Forum on China-Africa Cooperation Summit, which will be held from September 3 to 4. Transportation and clean energy are two fields that China and Africa could join hands for win-win cooperation, Getachew said, adding that the China-funded light rail in Ethiopia has become a star attraction in her country. This year, China also built the first globally-connected energy assistance project in Addis Ababa, the capital of Ethiopia.

According to Getachew, China and Ethiopia share rich similarities. For example, both countries boast a long history, and both are proud of their splendid cultural heritage. In addition, both countries are developing at a rapid pace and are confident in the future for the next generation. She said she looks forward to more cooperation between Africa and China under Belt and Road Initiative in the long run.