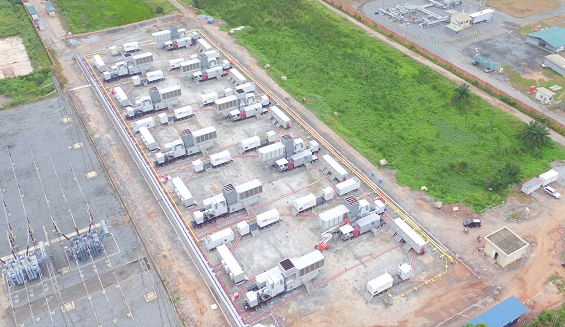 A Greek multinational power company, METKA, has pledged to move the energy sector in the country a notch higher through investment into the sector.

Within the past three years of its presence in the country, METKA has carried out a number of projects and is currently executing power projects of major importance to the local community in the Shama District in the Western Region.

It has so far completed a 250MW Fast Power project with 10 General Electric TM2500+ mobile gas turbine power-generating sets in the region and has been in operation since February 2016.

The West Africa Director of the Engineering-Procurement-Construction (EPC) Business Unit of METKA, Madam Marianna Gavriel, who disclosed this in an interview with the Daily Graphic, said the company had so far employed over 2,000 people from the region.

METKA, the EPC Business Unit of MYTILINEOS S. A. with its headquarters in Athens, Greece, is committed to becoming a leading player not only in Ghana, but in the sub-Saharan Africa power market.

The company specialises in the construction of power plants from design and procurement through to construction and completion, and has achieved a major penetration in developing markets abroad, with projects currently underway in Europe, the Middle East, Asia and Africa, making it one of Greece’s leading exporting companies.

“In addition to the track record in successful project execution, METKA pursues its development strategy and aims at expanding its business activities into new regional markets with booming energy needs,” she explained.

Madam Gavriel hinted that the company was also interested in bauxite mining, describing the industry as a potential major income earner for the country.

She said she believed that the bauxite industry in the country could soon be transformed and further developed to an alumina refining, “thus becoming a major export sector and a significant forex income earner for the country”.

Madam Gavriel said the mother company of METKA had been in the mining business with a 50-year experience in mining huge deposits of bauxite and refining millions of tonnes of alumina.

“The company is promising investment in digital refining technology and know-how transfer for Ghanaians,” she said, adding that the company was currently the second largest producer of bauxite in Greece and Europe with an annual production of 650,000 tonnes of bauxite exclusively from underground mines.

Madam Gavriel said with the wealth of experience and expertise her company had in the bauxite industry, she was looking forward to “a huge transformation in the industry”.

She said the company had established itself as one of the strongest players in the metallurgy sector in the European Union and was hopeful to make an impact in the transformation of the nation’s economy.

“Today, MYTILINEOS owns the largest vertically integrated alumina and aluminium production plant in the European Union and, together with its mines, is able to drive the growth of the national and European economy, as well as the country’s periphery,” she said.

On the labour front, Madam Gavriel said METKA and its mother company valued the contribution of people to the business evolution and future growth and was, therefore, committed to maintaining labour peace.

“The company supports an equal opportunities staffing policy and provides remuneration packages, reward systems and benefits and allowances to employees and their families, offering over and above the statutory ones and helping improve their quality of life,” she stated.