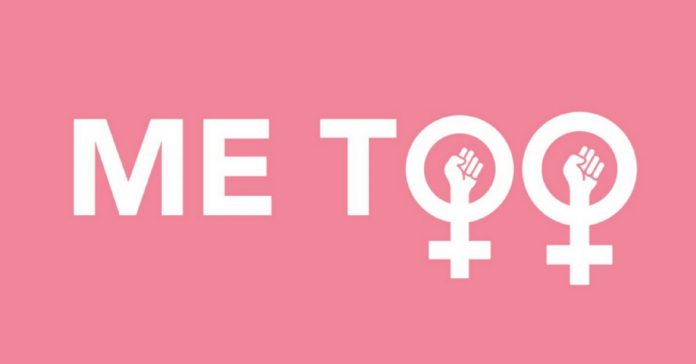 The #MeToo movement may have had its origin in Hollywood, highlighting sexual abuse and harassment in the film industry; but it has had a ripple effect around the world, drawing attention to gender inequality, discrimination and harassment in other professional spaces, including, not surprisingly, the world of business.

A recent survey by the Global Network for Advancement Management (GNAM) of 4881 respondents in over 100 countries from around the world showed that while great strides have been made towards gender equality, women remain underrepresented in business leadership roles worldwide. More than that, they face, often unconscious, discrimination in the workplace that is effectively keeping them from advancing.

For instance, 36% of respondents said that they were more likely to recommend a person for promotion if they were able to work at any time, including nights and weekends – which clearly affects women, who are also still expected to bear the primary burden of child care. The researchers pointed to a worldwide presumption that a mother should bear more than 50% of the responsibility of childcare. A large number of respondents (82%) said they believed it would take at least three months to make up for a six-month period of extended leave, like for maternity leave.

These deeply embedded biases were further unpacked in a recent panel discussion by experts from top business schools around the world who are part of the GNAM network.  They posited that without a real commitment from company leadership to gender equality, any organisational policy or initiative on gender equality was unlikely to be effective in the long term.

Darren Thomas Baker, Assistant Professor/Lecturer in Business and Society at the School of Business, University College Dublin says many organisations struggle with unconscious gender bias, which can be hard to address as many employees don’t even know they are doing it. According to a report by the International Labour Organization(ILO), unconscious gender bias occurs when people make unintentional and automatic mental associations based on gender.

The ILO published a global report on women in business and management and found that five of the barriers to women’s leadership were linked to discrimination and unconscious gender bias. It relates to the social roles of men and women and general perceptions that state, for instance, that management is a man’s job. This is backed up by research from McKinsey and Company that illustrates that invisible barriers are holding women back – with women not being put forward for promotion on certain projects, for example, as it may be thought that it could interfere with their family duties or might be “too taxing”.

The way to address this kind of bias and discrimination is by introducing clear policy and opening conversations about gender equality in the workplace, suggests Baker. Creating confidential spaces for women within companies could also give them freedom to speak candidly and support each other. Baker says his research shows that women worldwide tend to sideline their mistreatments and blame themselves. By promoting more collective action by women in organisations, women’s opportunities at corporate level will increase vastly.

Indeed, the #MeToo movement has shown how powerful collective action via social media can be. A New York Times study revealed that around 200 prominent men lost their jobs after allegations of sexual harassment following the #MeToo campaign. A small number, including producer Harvey Weinstein, are facing criminal charges. Almost half of the men who left their positions were replaced by women.

Yunxia Feng, Associate Professor at the Renmin Business School says in China too, young women inspired by the #MeToo movement have created online networks and social media platforms to encourage one another to speak up about harassment in the workplace and to help motivate for organisational change.

“People, and organisations, need to be held accountable,” says Jennifer McFadden, Associate Director of Entrepreneurial Programs at the Yale School of Management. She believes this can be done by compiling data in organisations on team numbers and gender representation, for instance measuring outcomes of diverse teams and analysing data to compare how teams with a majority of women for instance compare to more male-dominated teams. McFadden says this can be done by tracking data against metrics that are set up within each organisation, companies can gain a much more effective, unbiased and data-driven insight into how diversity is operating at their organisations and affecting operational outcomes. This will also help management keep track of certain women in their organisations to ensure that they are progressing as they should and reaching leadership roles within the company.

Even though legislation can advance gender equality, there has to be commitment at a corporate level. In South Africa, for instance, where the employment equity act as well as being classified as previously disadvantaged, has promoted the case for women’s career advancement, it has to be pointed out that the number of women in senior leadership roles has actually dropped since 2012. In 2018 there was only one female CEO at the country’s Top 40 companies – Maria Ramos of the ABSA group.

“For effective change to happen at organisational level for the long term, we can’t rely on short-term initiatives,” agrees Baker. “We need to look at a broader horizon, organisations have to have equality at the centre and as a fundamental aspect of their strategy and underpinning that, have thorough accounting and data compilation that looks at the bottom line and the contribution that equality is making to stability and profit.”

The #MeToo movement has encouraged more women to stand up and make their voices heard about discrimination and harassment. As the South African executive director for UN women, Dr Phumzile Mlambo-Ngcuka, has said, the global #MeToo campaign is taking the battle for women’s rights to “where we have never been before,” challenging everyone – both men and women – to keep the pressure on for gender equality. Yet, more needs to be done as Dr Mlambo-Ngcuka reminds us, “We are not there yet, the pendulum might still swing backward, so that’s why we have to work even harder”.

Kumeshnee West is the Executive Education Director at the University of Cape Town Graduate School of Business (GSB), one of three triple-crown accredited African business schools and an institution focused on making sustainable impacts in African businesses and societies. 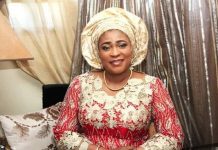