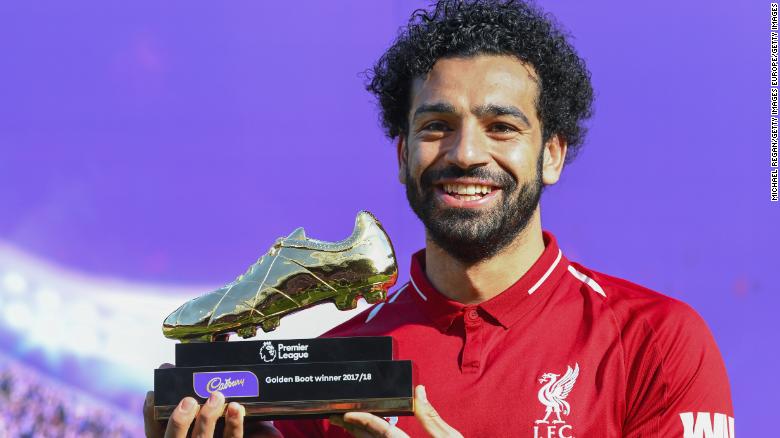 Liverpool FC on Monday 2nd of July 2018 announced that Mo Salah has signed a new deal with the club which will earn him £200,000 every week.

The diminutive Egyptian attacker enjoyed a successful outing in the 2017/18 season. These successes include; Liverpool Player of the Year scored a total of 44 goals in 52 appearances across all competitions with the club. He scored 32 goals in the league to become the record goal scorer in a 38-game Premier League campaign, winning the Golden Boot for the 2017/18 season.

Jurgen Klopp, the club’s manager stated that Mo Salah’s new deal is a reward for his hard work since joining the club. “I think this news can be seen for what it is; rewarding a person who performed and contributed greatly for the team and the club last season. When someone like Mo Salah commits and says this place is my home now, it speaks very loudly I think.nEqually, our commitment to him says we see his value and want him to grow even more and get even better within our environment.”

Sequel to his stellar season with Liverpool and the Egyptian national team, the former Roma player was linked with a move to Spanish giants Real Madrid. But Mo Salah, however, has pledged his long-term future to the Premier League side, with several reports claiming there’s no release clause in his contract, which ties him to the club until 2023.

“The key thing to remember is the best thing about Mo is that he never sees himself as being more important than the team or anyone else within it. He recognizes his teammates and this club helped him achieve individual success last season. He sees the individual awards come because he is part of something bigger that is special.”

His hard work last season saw him collect a number of prizes including the PFA Players’ Player of the Year and the Football Writers’ Association’s Footballer of the Year. He also became the first ever player to win three Premier League Player of the Month awards in a row.