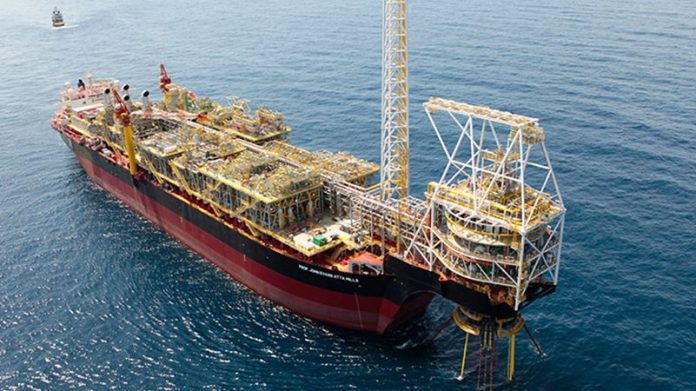 Aker Energy Ghana Ltd has announced its discovery of oil in commercial quantities at the Pecan fields in the Western region of Ghana.

In what seemed to be a special New Year message to the people of Ghana, the Minister of Energy, John Peter Amewu, made the announcement in Accra, early January, indicating that the discoveries are estimated to be between 450 million and 500 million barrels of oil.

According to the minister, the success of Aker which is the operator of the Deepwater Tano Cape Three Points (DWT/CTP) block, was due to the fact that “multiple government agencies including the Petroleum Commission, Ghana National Petroleum Commission and the Ministries of Energy and Finance worked closely with the DWT/CT partners.”

The minister added that “Ghana will continue to collaborate with and support Aker Energy and its partners as we jointly work to deliver first oil as quickly as possible and ensure significant value is retained in Ghana for the benefit of our people.”

Also speaking at the ceremony, the Chief Executive Officer of Aker Energy, Jan Arve Haugan, who confirmed the discovery noted that, “Aker Energy sees great potential in this promising area offshore Ghana. We see the foundation for a phased development producing through several production units. Since we became the operator less than a year ago, we have established an open, inclusive and transparent collaboration with Ghanaian authorities.

Mr. Haugan called for deeper cooperation and partnership, stressing that “this partnership will enable us to unlock the vast potential in the area to the benefit of both the Ghanaian society and our license partners. We are looking forward to continuing and further strengthening this partnership to develop the Ghanaian oil and gas industries.”

Oil production is expected to kick start in 2020 as the company is currently working on its Plan of Development (POD) which will be concluded and submitted by the end of March 2019. By 2021 the company plans to produce about 200,000 barrels of oil per day to add to the country’s current production level which is the same 200,000 barrels per day.

Aker Energy is a subsidiary of Norwegian oil exploration company, Aker Energy AS. It has a participating interest of 50% in the DWT/CTP block. Other partners include LUKOIL (38%), the Ghana National Petroleum Corporation (GNPC) (10%) and Fueltrade (2%).