Home Politics and Economy Moroccan Ambassador to South Africa is building the bridge between North and... 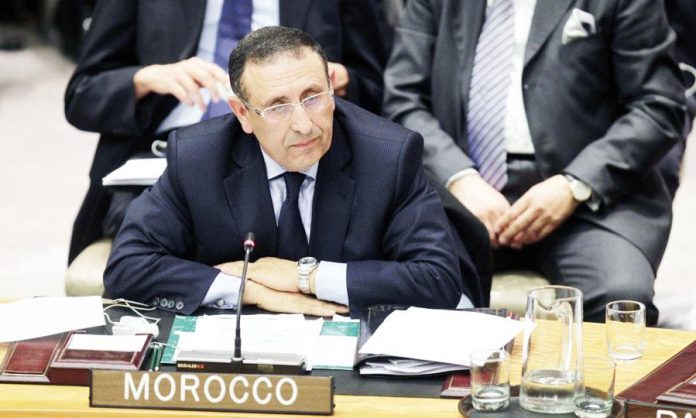 With the Ambassadorial appointment to South Africa of the Kingdom of Morocco’s Youssef Amrani, the two nations are working together to promote economic growth from both ends of the continent.

Ambassador Amrani is no stranger to diplomatic relations and building bridges. His previous post as Delegate-Minister for Foreign Affairs and Cooperation stands as a testament to his ability to drive co-operation and re-establish the goodwill that South Africa and Morocco enjoyed in the past. It is also significant that King Mohammed VI appointed Amrani, suggesting just how committed his government is to prioritising foreign relations between the two nations.

“Morocco is to the north of Africa, what South Africa is to the south. In effect, we are bookends of the continent, and what happens in between is all the best efforts that go into the economic development of not just our own nations, but Africa as a whole,” says Amrani.

‘Bookending’ is rather a good analogy, for both are concerned with promoting consultations between all African countries bilaterally and multilaterally. “Every nation should be effectively involved in initiatives aimed at boosting Africa’s development, not least of which is the promotion of a prosperous, peaceful and secure, and integrated continent.”

This is at a time when South Africa’s President Ramaphosa has taken the chair of the African Union (AU) for 2020, which this year is campaigning for “Silencing the Guns’; Aspiration 4 of the AU’s Agenda 2063. It is also pertinent that Morocco has returned to the AU fold, of which it was a founding member, and which it left in 1984.

During the years between Amrani says that although the Kingdom of Morocco may not have been a participant in the AU’s efforts, “we never left Africa. The spirit of pan-Africanism has always been at the heart of our foreign policy. We see Africa as an integral part of Morocco’s identity because we are not only African by geography, but also by our history.”

In returning to the AU, and South Africa for that matter, Morocco is allying itself to friendships and co-operative agreements that can be fostered across the continent. “In this vein, Morocco is pursuing closer political ties so that we can add our values and learnings from our own experiences, into the mix of socio-economic and business development to attract global investment.”

Amrani comments that there is a very clear strategy from the Moroccan government in how it actions its immersion into such activities. “Part of that strategy is a legal framework conducive to developing economic relations with major economies through the conclusion of free trade agreements. We are also driven to improve the business environment and achieve a good positioning in the global value chains, and not just as a regional business and trade hub, but between Africa and the global world.”

It’s a foundation that’s working very well for Morocco, given that it jumped from 128th (2010) position to 53rd in the World Bank’s Doing Business 2020 rankings. This increase has been credited to unprecedented structural reforms in the political, social and economic environments, many of which are innovative.

The Green Morocco Plan, the Industrial Acceleration Plan, the RAWAJ Plan for trade development and distribution, the (ambitious) Solar Plan, and Tourism Strategy, are among many that Amrani highlights as being catalysts. “This doesn’t account for what we have in the pipeline or in the early stages of a start-up.

“We also have to consider how much focus has been placed on Morocco’s Industrial Acceleration Plan, which is focused on automotive, aeronautics, offshoring, electronics, food, and the textile and leather industries. What the Plan does at essence, is to integrate the value chains and consolidates local relations between big firms and SMEs.

“Through this, we are generating up to a million jobs and increasing the manufacturing contribution to GDP from 14-23%,” emphasises Amrani. Topping that contribution at 26% is the automotive industry, now the largest of the Kingdom’s exports, which along with aeronautics reached some DHS258.44-billion in 2019.

The ability to highlight areas for growth and development with the inclusion of the private sector is not dissimilar to the South African scenario, which has long emphasised and practised public-private partnerships in support of economic policies. “There are many strong opinions on private sector investment that Morocco and South Africa share, as well as the same ambitions for South-South cooperation, the latter of which, comments Amrani, paves the way for innumerable development sectors.

“I’m confident that the ongoing dynamic between Morocco and South Africa is being taken to the next level with the commitment we have made to work together, as well as the exploration of previously untapped opportunities. As the largest African investors in the continent, bringing our two countries together economically will make a huge impact across the continent.

“My goal is to ensure that bridges of trust, cooperation and mutual understanding are built and sustained, and this extends to all our collective citizens. Let our artists, actors, singers, athletes and journalists also come together to build an audacious Africa with links of unity,” concludes Amrani.