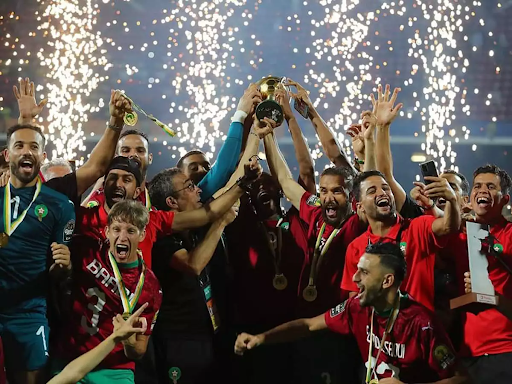 Morrocco has emerged as a defending champion in the African Nations Championship (CHAN) final which was played on Sunday, February 7 2021, at the Ahmadou Ahidjo stadium in Yaounde, Cameroon, winning a 2-0 margin over their opponents, Mali.

Both goals from Morocco came in the second half of the game. The first goal came via a header by Moroccan player Soufiane Bouftini in the 69th minute of the match after a corner kick and the second goal followed ten minutes later when Ayoub El Kaabi put in a header to seal Morocco’s Victory over Mali.

Mali also fell to a disadvantage as they finished the game with 10 men when Issaka Samake was issued a second yellow card at the 93rd minute as the game went into injury time.

The victory accords the Moroccan team the honour of being the first African team to retain the African Nations Championship title consecutively.