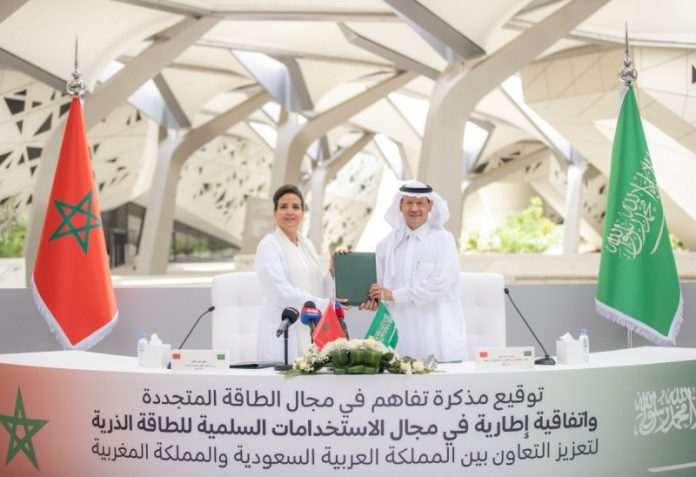 Morocco’s government has signed a memorandum of understanding with Saudi-Arabia on the peaceful use of nuclear power.

By exchanging expertise and supporting finance and investments in both Morocco and Saudi-Arabia, the pact aims to expand the two countries’ engagements in the sector of energy.

According to a press statement from Saudi Arabia’s energy ministry, the two countries will cooperate in “Peaceful Uses of Atomic Energy,”.

Designing, building, and operating a nuclear fuel cycle and waste management and engineering and marketing breakthrough procedures for new generations of nuclear reactors are among these applications.

According to the Saudi Ministry of Energy statement, the MoU aligns with Morocco’s “Green Generation” 2017 policy, which aims to transition to a greener economy by 2030.

According to the worldwide industrial association Orano, nuclear energy is a low-carbon energy source that contributes to the generation of low-CO2 electricity.

Morocco has been a pioneer in renewable energy and has been progressively working toward a more environmentally friendly future.

Greenrock, based in Rabat, and the Energy Engineering Company (SIE) partnered in March 2022 to expedite decarbonization and the shift to a greater reliance on renewable energy.

The country’s sustained commitment to green energy transition places it in a leadership position in Africa, where numerous countries have yet to make significant progress.

Morocco is one of the leading countries to help the global drive to promote sustainable energy use and reduce greenhouse gas emissions.