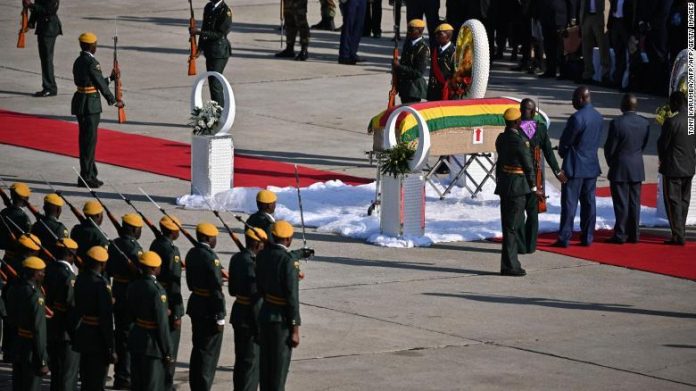 Scores of Zimbabweans gathered recently to pay their last respects, as the country commenced the final rites for the former president, Rober Mugabe.

Mugabe whose body was repatriated from Singapore has been hailed by some African Leaders as a Hero of the liberation struggle in Southern Africa and other parts of the continent.

A state funeral will be held on Saturday at the National Sports Stadium in the capital Harare, the government said.

There was singing and dancing as the plane carrying his remains touched down at the Robert Mugabe International Airport. Women dressed in all-white outfits waved handkerchiefs and sang local songs as they danced in tribute.

President Emerson Mnangagwa and his wife also joined the gathered crowd at the Airport to receive his remains.