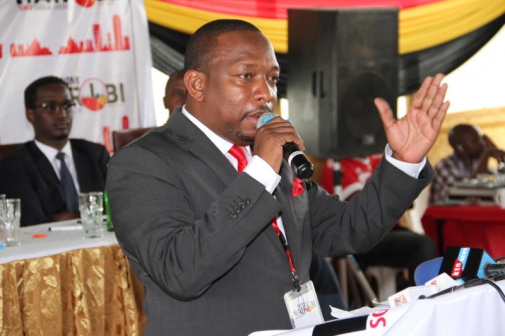 Governor Mike Sonko, governor of Nairobi City County, stated that every public school (primary and secondary) in the county will be supplied with computer and free internet connection.

Governor Sonko stated that by next term, every student in public schools will be enjoying free internet connectivity for research and computer studies. This according to him is in line with ensuring quality modern education to the millions of Nairobi children. “We will from next term have internet connectivity in all public primary and secondary schools within Nairobi. We are committed in ensuring the project succeeds.”

Over 70,000 poor, bright children from Nairobi have benefited from over Sh300 million disbursement of executive bursary cheque by Governor Mike Sonko at City Hall on the 4th of July, 2018. The governor reiterated that to fix the problems of Nairobi, he must first begin at fixing the education sector.

He said his government has increased the allocation towards the ward bursaries from Sh3million, which that was not honored fully by the previous administration, to the current Sh3.5 million per ward. Each of the 85 wards received the Sh3.5 million fully. “I have also paid in full for the 1,000 children who joined Form One this year.”

He said all the 70,000 students, who will benefit from the Sh200 million bursary schemes, have been vetted, and only the genuine ones will benefit. The previous administration, which had begun the bursary scheme, failed to actualize the program because of corruption and favoritism.

Governor Sonko on the 29th of June, 2018 launched the Free Early Childhood Development Education program. He became the first governor in the country to implement such program. The program is expected to increase the enrollment of students in the ECD from the current 15,295 children to about 17,000 children by the close of the year.