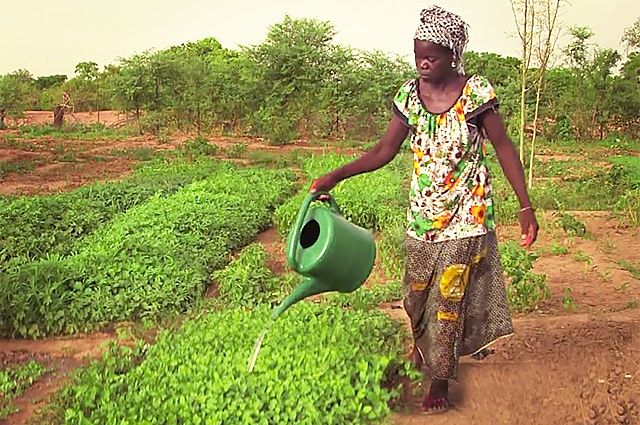 Following the announcement that 1 405 Namibian women have acquired farmland through the resettlement programme since 1990, a research team yesterday said embracing new farming technologies could help women farmers in Sub-Saharan Africa reduce the time they spend on farming.

According to the researchers, women shoulder the bulk of household responsibilities and are food producers in Africa, thus making them spend more time working on the farm.

“Gender mainstreaming in agricultural ministries and research institutions should not be voluntary or donor-driven,” Jane Ambuko of the University of Nairobi said at a meeting informing participants about the latest findings.

The researchers highlighted the need to address women farmers’ challenges during the launch of the scaling up of post-harvest management innovations for grain legumes in Africa project meeting, organised by the Alliance for a Green Revolution Africa (AGRA), in partnership with the International Development Research Centre (IDRC) in Kenya last month.

The three-year project that aims to reduce post-harvest loss of grains in Africa is being implemented by AGRA with 2.7 million Canadian dollar (about US$2.1 million) from IDRC and will benefit farmers from Mozambique and Burkina Faso.

President of AGRA, Agnes Kalibata said the moment has come to roll out technologies, such as threshers, processing and hermatic storage technologies across the continent to ensure that women farmers reap maximum benefit from their investment and hard labour.

Kalibata explained that adopting these technologies could help in agricultural productivity, minimise post-harvest losses, reduce the time women spend on the farm to do other activities of benefit and improve their food and nutrition security in Africa.

“Improving the productivity, profitability and sustainability of agriculture of the millions of farms that cover the African continent is essential for ending poverty and boosting shared prosperity in the region,” stated Kalibata.

Simon Carter, regional director for Sub-Saharan Africa for the Canadian-based International Development Research Centre (IDRC), said there is a need to provide appropriate information and technologies to women to enhance their productivity.

He explained that a scale-up of technologies accessible and affordable to women is key to achieving higher returns from women’s time and resource investments. Carter said hermetic storage technology, which replaces oxygen in the grain storage bag with carbon dioxide; controlling grain storage pests without insecticide could also increase food conservation and security.

Head of the horticulture unit of the Department of Plant Science and Crop Protection at the University of Nairobi Jane Ambuko says access to technology and improvement of farming and production systems could have positive benefits, not only from an economic perspective, but could also provide opportunities for women farmers, such as more free time to relax with families or engage in other economic activities.

She called on governments to play a role in changing traditional mindsets that stereotype women into secondary positions. “Gender mainstreaming in agricultural ministries and research institutions should not be voluntary or donor-driven,” says Ambuko. “Governments should make it a compulsory strategy to improve their own potential to meet food security needs.”