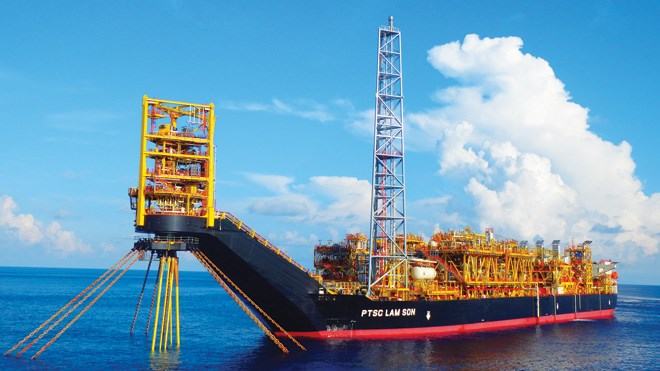 The $3.3 billion Floating Production Storage Offloading (FPSO) unit that sailed away in the early hours of Sunday from Lagos to the 200,000 barrels per day Egina oilfield has opened new vistas for investments into Nigeria from all over the world, according to stakeholders.

Owing to the fact that the FPSO will arrive at the offshore field this week, the stakeholder maintained that the project is indeed a success for the hydrocarbons industry and the Nigerian economy at large.

Samsung Heavy Industries of Korea (SHI) built the Egina FPSO for Egina oilfield being developed at a cost of $16 billion by the local unit of French oil giant, Total Exploration and Production, Nigeria.

With the successful completion of the fabrication and integration works in Lagos, the FPSO will arrive at the Egina oilfield located in Oil Mining Lease (OML) 130.

The FPSO sailed away from the quayside at Samsung Yard in Geoje, South Korea on October 31, 2017 and arrived at the SHI-MCI FZE quayside in LADOL free zone in Lagos in January, where it was integrated locally by Samsung Heavy Industries Nigeria (SHIN) Limited.

The fabrication and integration of the Egina FPSO in Nigeria was the first time such complex tasks were executed in Africa as there is no other FPSO integration yard elsewhere in the continent.

These tasks were executed at the SHI-MCI FZE, a fabrication and integration yard, which was built by SHI as part of the efforts to make Nigeria the hub of FPSO integration in Africa.

An official of SHI, who did not want to be quoted said that on arrival at the Egina field, “mooring, hook-up and offshore commissioning will proceed favourably offshore with the final completion expected before the end of the year.”

“The only major balance work now is the remaining commissioning work in offshore and to make the FPSO ready for entry of hydrocarbons (oil and gas) within 2018,” the official explained.

In line with the Nigerian Oil and Gas Industry Development (NOGICD) Act of 2010, SHIN has successfully completed the Egina FPSO work in SHI-MCI yard under the stringent local content regulations with similar safety and quality standards applicable in the Geoje shipyard in Korea.

“This volume of onshore work was never before accomplished in Nigeria. Therefore, the major risky portion of Egina project has now been completed. This achievement has been followed by very good response from the authorities of the Nigerian government and international clients. This would lead SHI to gain a competitive edge in future offshore project orders to be placed in West Africa, of course including Nigeria. In terms of history, SHI won the order to build Egina FPSO in 2013,” the SHI official added.

The Director, Planning Research and Statistics, Nigerian Content Development Monitoring Board, Patrick Obah, described the Egina FPSO as a success story for not just the companies that saw it through, but Nigeria as a whole.

He said the feat had changed the general narrative in terms major technological achievements being recorded in Nigeria, of which the country has succeeded in stunning the world.

According to Obah, the development is good news to existing and would-be investors, and is capable of attracting huge investments across the world to Nigeria.

To this end, LADOL said the success of the Egina FPSO meant Nigeria was opened for industrialization, as the country was fast becoming a hub for major industrial advancements.

The company maintained that commitment from all stakeholders was needed to take industrilisation in Nigeria to the next level.

The Egina FPSO project has created an exponential number of jobs running into an estimated 20,000 positions, judging by its cascading effect outside the SHIN facility. The project had created more than 1,200 direct jobs for Nigerians, and this is spread across many disciplines including but not limited to: project management, welding, fitting, logistics and other support services.

The NCDMB had said new deep water projects in Nigeria must set new records beyond in-country integration of FPSO vessels, and this is expected to make the country a hub for industrial technological development with its attendant socio-economical benefits.