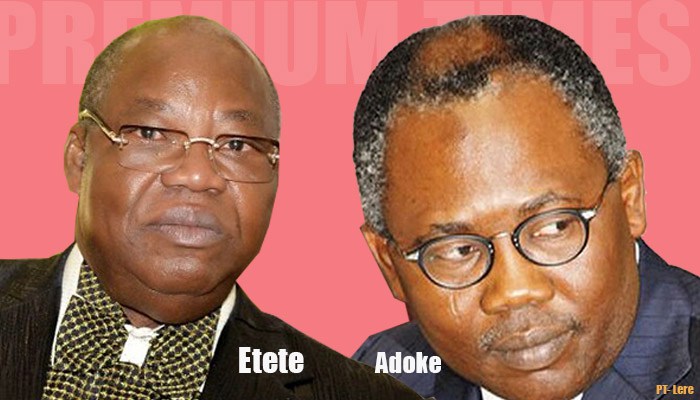 Nigeria’s anti-graft agency, EFCC, has voiced its hindrances in tracing two ex-Nigerian ministers on trial for their alleged roles in the Malabu scandal. Nigeria’s government, on the other hand, has announced that the UK authorities returned $85 million (about N30 billion) to Nigeria.

The money frozen at the request of Italian authorities is part of the $1.092 billion paid by oil giants, Shell and ENI, to Malabu through the Nigerian government.

Premium Times had reported on the deal, enmeshed in various layers of corruption, and currently under investigation by authorities in four countries from three continents.

The $1.092 billion was meant as payment for an oil block, OPL 245; one of the juiciest oil blocks in Africa estimated to contain about 9.23 billion barrels of crude oil.

The oil block was awarded to Malabu in 1998 by Chief Dan Etete while he was Nigeria’s petroleum minister.

Both givers, Shell and ENI, and the Nigerian government have given inconsistent explanations in 2011.

While Shell and ENI have, contrary to all evidence, claimed that they paid the money to the Nigerian government not knowing who the final beneficiary would be, the Nigerian government through the former attorney general, Mohammed Adoke SAN, claimed it only acted as a “facilitator” between two willing parties. Adoke SAN, authorised the transfer of the $1.1 billion into a Nigerian govt account in the UK in 2011, which has been linked to Chief Dan Etete.