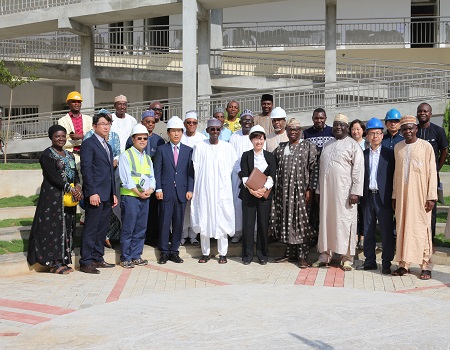 The School which was built at the cost of $15 million will be donated by the Korea International Cooperation Agency (KOICA).

Following the establishment of the school, a seven-day training for 150 teachers and administrators to run the school commenced recently at the Federal Capital Territory, Abuja.

During the opening ceremony, the FCTA Education Secretary, Senator Isa Maina, urged all beneficiaries of the training and other stakeholders to take their responsibilities to the operation and maintenance of the school with utmost seriousness and professionalism, saying that South Korea is one of the most technologically advanced countries in the world.

“Your training is very important because you are going to form an elite crop of teachers. You are hereby called to live up to your calling as imparters of knowledge and moulders of young minds. This fourth level training will further enhance and broaden your scope of knowledge and I urge you not to misuse this opportunity and even use it as a foundation for personal improvement.”

According to Mr Isa, the school will commence operation in September after it has been handed over to the FCTA by the Korean Government.